​Vincent Kompany recently opened up about his final months at Manchester City, and the Belgian defender admitted that he left Eastlands due to the 'internal pressure to perform' under Pep Guardiola's regime.

Kompany was a decisive factor in Man City's back-to-back title winning-team, featuring heavily in the run-in and scoring a key goal against Leicester City with only a few matches left to play. The Belgium international left the Citizen's at the end of the season to become player-coach of Anderlecht, but he has faced initial struggles at the helm, with the team languishing in tenth place in the league.

During an interview with ​The Guardian, Kompany revealed his reasons and motivation behind leaving Man City, and the 33-year-old confessed that the external pressure placed on the players was nothing compared to the standards that they set themselves. 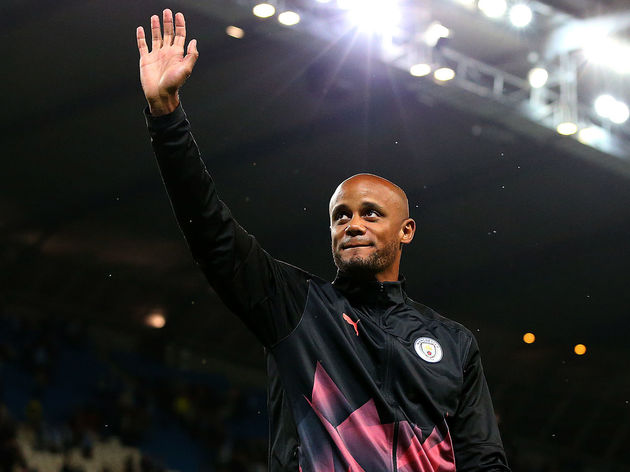 ​Kompany also revealed that 'managing space' was the most important thing he learned from Guardiola during his time at the Etihad Stadium, which he is now passing on to his Anderlecht players this season.

“Football tactics. Space. The utilisation of space and the effect it has on the overall game. Managing space is the biggest thing I’ve learned with Pep.”

The ​ex-Man City star also clarified his role at Anderlecht, after there was a lot of confusion in the media about his exact title at the club. Kompany also explained his reasoning behind returning to his boyhood club, and that he hopes to help them 'realise their full potential'. “First of all I have to finalise my badges and I have a passion for doing this. Secondly, my role is slightly different to how people portray it. I’m still a player, the captain, who has played in a big league and studied for a master’s degree as well.

"It would be criminal if I didn’t share that knowledge in the Belgian league. The long-term future of Anderlecht will at all times be protected by myself. Right now I am still playing and there is no better place than being on the football pitch.

"But I am concentrating on helping the club understand how they can realise their full potential.”