After ​11.7 million viewers, 34 goals, four missed penalties, one heartbreaking offside and the longest hangover in history, England Women's whirlwind year drew to a close with victory in the Czech Republic on Tuesday.

2019 was a monumental year for women's football in the UK, as records broke, stereotypes shattered and attitudes changed.

However, with the semi-final highs have come the post-World Cup lows, with the Lionesses looking laboured since returning from France.

A rollercoaster year for the @Lionesses
But very proud to be part of this team, and to get to captain the team last night in our final game & win of the year  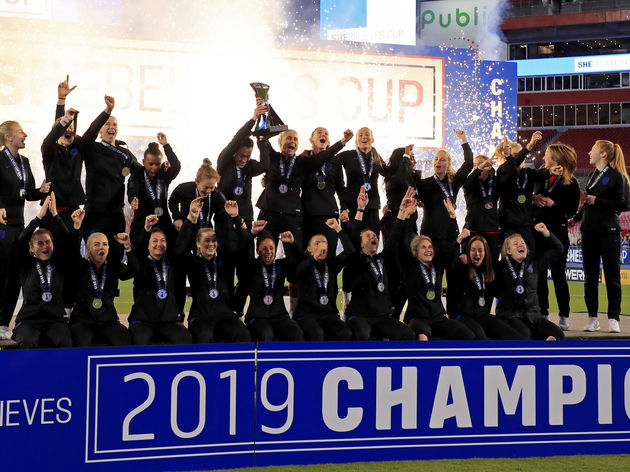 England began 2019 by winning the esteemed invitational tournament - the SheBelieves Cup - in March.

Beth Mead scored an outrageous winner against Brazil in the opening game, before the Lionesses put in a strong display to hold reining world champions the USA to a 2-2 draw.

A dominant first half display against Japan was enough to wrap up the competition.

The triumph was taken with a pinch of salt; England played an ageing Brazil side, a USA team not yet at their peak as their domestic league had not started and an understrength Japan. Nevertheless, Phil Neville's side had laid down a marker before the World Cup. England survived a second half Scotland fightback to seal a 2-1 win in their opening World Cup group game. They followed this up with a hard fought 1-0 victory over a stubborn Argentina side, before sealing top spot with a 2-0 win over Japan thanks to a double from Ellen White.

England had demonstrated flashes of quality in each match, but were yet to put in an outstanding performance. However, they had navigated a potentially difficult group unscathed, and finished above 2011 world champions Japan to assure a kinder route through the knockout stages. Job done, but still more to come.

Last-16 Madness and a Complete Performance England progressed to the quarter finals with a 3-0 win over Cameroon in one of the most bizarre games of football ever witnessed.

The Lionesses had two VAR calls ruled in their favour, and Cameroon did not take the decisions too well. They were inconsolable, refusing to restart play and howling at the officials.

The quarter final clash with Norway saw England's best display of the tournament. The Lionesses were in control as soon as they opened the scoring in the third minute, comfortably winning 3-0.

Jill Scott, Steph Houghton, Ellen White and Lucy Bronze were all having particularly exceptional tournaments, with Bronze wrapping up the victory with a spectacular strike, four years since she had announced herself on the world stage with a similarly stunning goal against the same opposition.

Just like four years ago, England were one game away from a World Cup final, as viewing figures, interest and expectation grew. 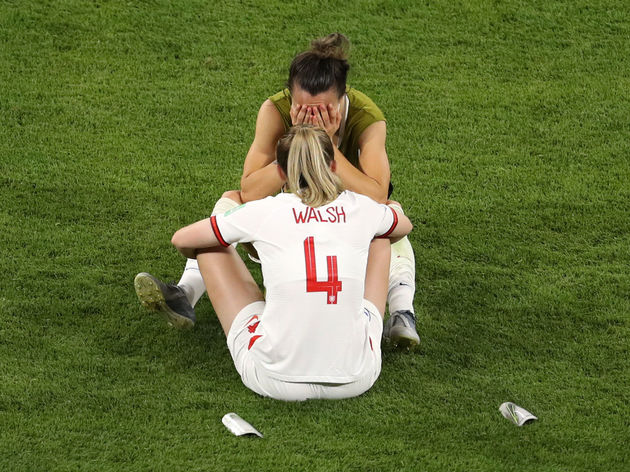 England went toe to toe with the might of the USA for 90 minutes, but fell just short. It was a valiant effort from Phil Neville's side, but the USA were deserved winners.

But the "what if's" would linger. What if Ellen White's toe had not been offside? What if Steph Houghton had scored from the penalty spot? What if football wasn't so cruel? England lost 2-1 in the third place playoff match, with Neville branding it a "nonsense game". You can see his point, with this match often considered a dead rubber. However, the Lionesses had been delighted to claim bronze in the 2015 World Cup.

Additionally, if the game was so unimportant, then why did Neville not select Karen Carney from the start and give her the send off she deserved, instead of restricting her final game of an illustrious international career to just 15 minutes? Why was Leah Williamson not given an opportunity?

It was a frustrating way to end an excellent tournament for England. Critics argued Neville had done no better than predecessor Mark Sampson, who guided the Lionesses to the same stage at the 2015 World Cup.

However, Neville had considerably improved the style of play, while having to contend with the the increased pressure and attention. Sampson's 2015 side had the advantage of slipping under the radar as underdogs. England returned from the World Cup with an audience and appetite for the women's game like never before.

And then the hangover began. The hangover that lasted four months. My goodness, what on earth did they drink?

First there was the sloppiness against Belgium and Norway which brought disappointing results, but understandable a little over a month after a major tournament.

But it continued against Brazil as the Lionesses failed to take their first half chances, and the 1-0 win in Portugal was just a pretty terrible game of football.

Then Germany came to Wembley, along with 77,000 fans, but the Lionesses failed to make the most of the big stage. There were flashes of World Cup class once more; Keira Walsh's perfect pass to pick out Ellen White, whose finish was superb to level the scores.