​Manchester City are preparing to battle it out with Barcelona for the signature of Spanish midfielder Dani Olmo, as the Dinamo Zagreb starlet seems destined to leave the Croatian club in the January transfer window.

Olmo has impressed his potential suitors with a string of exciting performances, and the 21-year-old also scored four minutes into his international debut for Spain on Friday night. 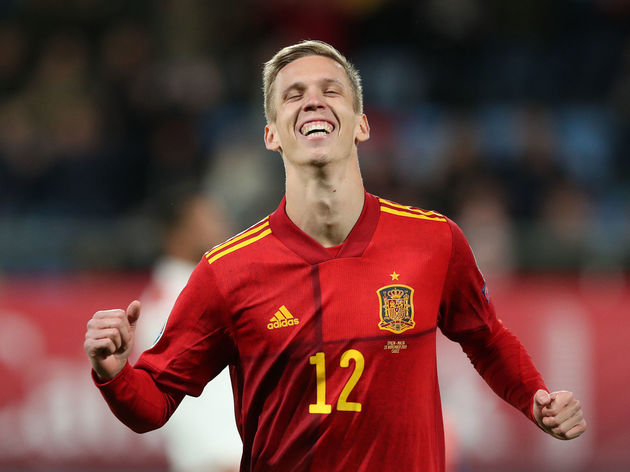 ​Sportske Novosti spoke to Dinamo boss Nenad Bjelic, who confessed that there was plenty of interest in the £40m-rated Olmo from Europe's top clubs - including Manchester City and Barcelona - and he also believes that Olmo can go straight to the footballing summit.

"Of course Olmo can play for Manchester City and Barcelona! He can play for any big club. I mean, Dinamo is big too, but I'm talking about the biggest and best leagues in the world."

When asked about a potential move to Guardiola's ​Man City, Bjelic admitted that the Spaniard is likely to leave the Croatian champions in January after a 'transfer meeting' took place.

"A 'transfer meeting' was held in Italy these days, where there are clubs, managers, and there is a lot of talk about transfers. This is where different information comes into play. I don't have any, but it's true that Olmo could leave Dinamo this winter." Bjelic also stated that his Spanish star would slot nicely into ​Barcelona's setup, amid rumours that the Catalan club may make a move to bring Olmo back to Camp Nou, adding: "No, it's not impossible at all for Olmo to return to Barcelona! Dani can play in four positions in that Barcelona system. Why not?"

Olmo caught the eye of a whole host of Europe's elite clubs with his superb performances during Spain's victorious Under-21 Euro 2019 campaign. However, it is reported that a figure of €40m was deemed too expensive over the summer, although it's possible that price tag may have increased following his most recent exploits.

Olmo has scored once in Dinamo's four Champions League games this season, and the Croatian side remains in a strong position to qualify for the next round of the prestigious European competition.