Manchester United manager Casey Stoney has claimed that the England women's team should not be paid the same as the men's side until they can match their revenue.

The Lionesses have equalled or bettered the performance of the men's side at five of the last six major tournaments, and attracted a crowd of 77,000 to Wembley on Saturday as they lost to Germany. However, crucially, the men's side bring in more money.

Equal pay is currently a hot topic in the women's game. Football Federation Australia recently announced ​a ​groundbreaking equal pay deal, which will see their women's national team earn the same as the men's side. 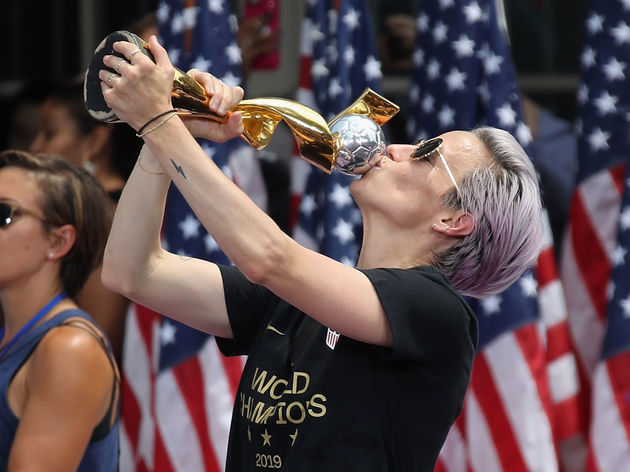 The US women's national team are in the midst of a gender discrimination battle with US Soccer, as the back-to-back world champions are not paid the same as their male counterparts, despite the latter failing to progress past the quarter-final stage at the World Cup since 1930.

Stoney supports the US women's side in their equal pay pursuit, but insisted England are not at the stage to demand the same.

In an interview with ​the Telegraph, Stoney said:

Sorry we couldn't give you a win - but we felt your support! pic.twitter.com/RF8z9rcxM5

"Until we [England] have sold out Wembley Stadium consistently, sell out our home grounds in the WSL consistently, get more money in the game, we can’t ask for equal pay.

"I don’t think it’s right to. Yes, we want to increase wages, but in line with the way the game is growing commercially."

Manchester United ​travel to Chelsea on Sunday as part of Women's Football Weekend. This will see a selection of WSL games played at men's stadiums.

The opening round of WSL fixtures featured Chelsea hosting Tottenham at Stamford Bridge in front of 24,000 fans, while the Manchester derby at the Etihad Stadium attracted a crowd of over 31,000.

However, Stoney claimed United should focus on selling out their 12,000 seater home, Leigh Sports Village, before thinking about a game at Old Trafford. “Maybe I’ve got a controversial view on it,” Stoney added, "It’s about making it as easily accessible as possible but it’s not giving it away for free. That devalues the product you’re trying to sell in my opinion.

"Am I saying there won’t ever be a game at Old Trafford? No, of course there will be. But for now I just think they’re one-off games [that] don’t pay off."