​Manchester United will apparently agree to send Erling Haaland back to Red Bull Salzburg for the rest of the season if the club can secure a permanent deal for him in January.

The Red Devils have been scouting Haaland for some time and are eager to get a move over the line for him at the start of next year, although other clubs from across Europe are starting to take notice of the 19-year-old, who has already scored 26 goals this season.

As a result, the Daily Mail claim Manchester United will look to secure a similar deal to Chelsea's for Christian Pulisic last season - where Haaland will stay at Salzburg on loan for the remainder of 2019/20 if he signs a contract at Old Trafford in January. 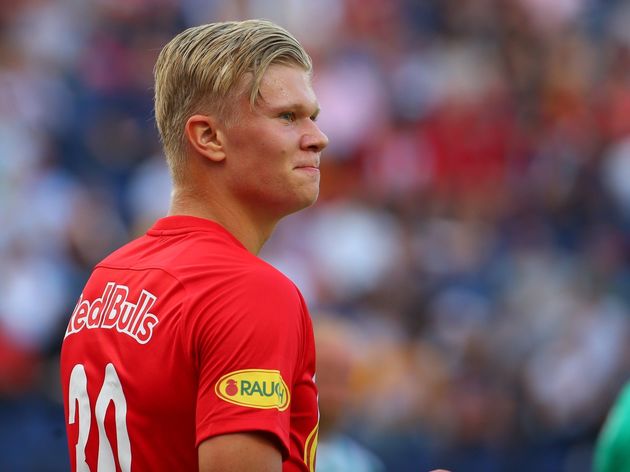 90min revealed earlier this season that 15 Premier League sides sent scouts to watch Haaland in the Champions League last month, as well as the fact the 19-year-old is just one of three Norweigan youngsters on Manchester United's radar.

The most recent suggestion is that Ole Gunnar Solskjaer - who worked with the RB Salzburg star during his time at Molde - has asked the club's most trusted scout to keep an eye on Haaland's progress and report back.

While Manchester United are notably being tipped to face competition for Haaland's signature from European football's biggest clubs, it's also been hinted that Salburg's sister club in Germany could have a chance of securing his signature.

RB Leipzig boss Julian Nagelsmann is claimed to be an admirer of Haaland this season, while the 19-year-old striker is also not against staying within Red Bull's family of football clubs.

At this stage, it's still more likely that Haaland will join an established club when he eventually does walk away from Austria.

But with Europe's most exciting young manager in charge and a push for the Bundesliga title already set for this season, Haaland wouldn't be selling himself short by joining RB Leipzig over Manchester United either in January or the summer transfer window.