Despite making some high profile signings in the summer transfer window, Marco Silva’s Everton have struggled so far this season. With six defeats in 12 and lingering above the relegation zone, Silva is battling to save his job.

After talk of a push for European football this season, fans will have been surprised to see Everton battling in the bottom half of the table for the most part, struggling to score goals whilst leaking them at the back - especially after the shock signing of Italian wonderkid Moise Kean from Juventus.

As it stands, Everton’s best hope is a mid-table finish.

However, it’s not all bad, so let’s take a look at three positives and three negatives from their season so far. Despite their obvious troubles in the Premier League, Everton fans can at least take some pride in their team’s performances so far in the Carabao Cup.

So far the Toffees have beaten Lincoln City away, Sheffield Wednesday away and Watford at home, all relatively comfortably on their way to the quarter final. Everton will now face a home tie against Leicester City as they look to progress to the last four.

The Carabao Cup may be seen as the lesser of the domestic trophies on offer each season, but with Everton struggling for results in the league, it has at least given the fans something to cheer about. Despite having an experienced centre back partnership made up of Michael Keane and Yerry Mina, and a top goalkeeper in Jordan Pickford, Everton have been conceding all too frequently so far. Both Keane and Mina have had a poor start to the season but have also been let down by ill-discipline from their teammates.

Everton have conceded 18 goals in just 12 games, and have conceded three goals in a game three times already. This is unacceptable for an ambitious team looking to progress and battle for European football.

If they are to avoid getting sucked into a real relegation battle, they will need to sharpen up at the back. Despite his team’s issues with results, Richarlison has been a shining light for Everton so far this season.

Though he's been under constant pressure brought about by his staggering £50m transfer fee, the Brazilian striker has been a constant threat throughout the campaign so far. He has scored five goals in all competitions, although only three in the league, while also providing two assists.

Despite his obvious ability, ​Richarlison must become more potent in front of goal if he is to help his team push on to the next level. He's had a strong start to the season and now it's time to kick on. When Everton secured the signing of Moise Kean from ​Juventus in the summer window, it was hailed as a coup - a player that would score goals for fun and only get better as he got older and more experienced.

Now we’re in November, though, and he has only played 288 minutes of Premier League football - providing only one assist and seeing Dominic Calvert Lewin preferred ahead of him.

To make matters worse, it has emerged Kean was actually dropped from the squad for the Southampton game after turning up late to a team meeting for the second time. Everton fans will be hopeful Kean can somehow turn his form around.

Positive – An Upturn in Form Despite a difficult start to the season results-wise, Everton look like they may have started to turn the corner.

A resilient 1-1 draw at home to Spurs has shown the Toffees aren’t pushovers regardless of form, and this was followed up by a much needed 2-1 win away at Southampton. As they head into a tough run of fixtures featuring the likes of ​Chelsea and Leicester, it makes those four points all the more important.

Everton must now show even further resilience as they look to secure some unlikely points as the Premier League’s big six and most in form teams. 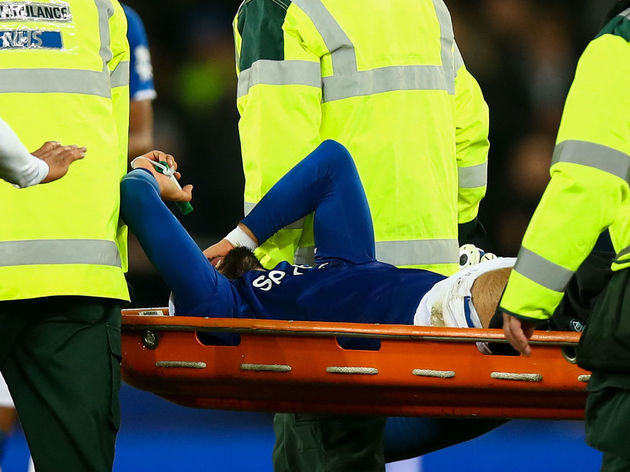 Andre Gomes was another Everton signing watched on with envy by other football fans.

Gomes is a highly rated central midfielder signed from Barcelona, with the ability to split defences open via a perfectly threaded through ball, while he's also capable of scoring goals himself. Gomes had a tricky start to the season, as did most of his teammates, but his importance to the team was never in doubt.

Sadly Gomes’ season came to an end against Spurs recently when a challenge from Son Heung Min resulted in a broken ankle. Thankfully Gomes is on the mend, but Everton have lost a key player for a sustained period and will have to manage without him.