The striker has yet to score for Everton since joining from Juventus in July for £27.5m and has been linked with a loan move away from Goodison Park in January, with Serie A outfit AS Roma a potential destination for the forward.

The 19-year-old has failed to deliver in the Premier League since his arrival, and his father Jean Kean has now spoken out on the move, saying his son should jump at the chance to join Roma in January. 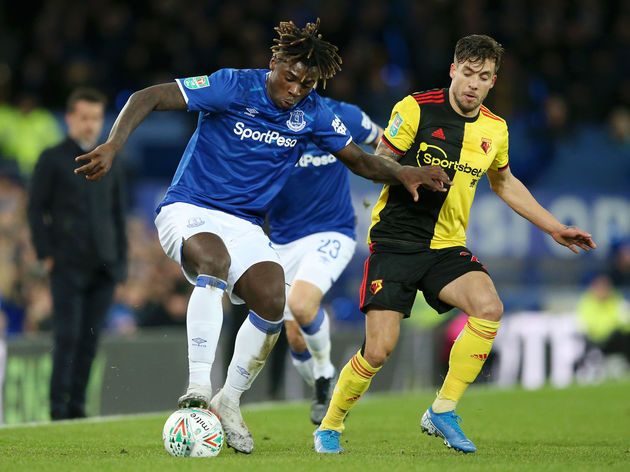 Speaking to Centro Suono Spot, as quoted by ​Calciomercato, he said: “Sending my son to England was a mistake, because he’s still a young boy, he’s not feeling good at Everton, I did not like this transfer.

“I hope he can get back to Italy right away, I hope Roma is the destination, the important thing is that he comes back here.”

Kean has had a strained relationship with his father, which may be why Kean Snr. is sending his son messages via the media.

“Sometimes I hear my son at Everton, where he plays today, he is not feeling well. He had to wait a few years and then experience a move abroad. “If there is a possibility of sending him back to Italy, I hope he can come back so as not to ruin him.”

So far this season Kean has featured eleven times for the ​Toffees, making nine appearances in the Premier League and two in the Carabao Cup. However, he was not in the squad for their most recent match against Southampton after being late to a team meeting prior to the game.

“If my son were to tell me that Rome is interested in him," Kean Snr. said, "I would give my blessing to this operation. I send a message to my son Moise: listen to me well, I am your father of blood, return to Italy to play and you will become a great soccer player. Come and play in Rome alongside your dear friend Nicolo Zaniolo. Do not think about money, but your career.”