​Bayern Munich will pay a total of €33.5m to Barcelona for the duration of Philippe Coutinho's loan at the Allianz Arena.

Having struggled to impress in Barcelona, Coutinho sealed a year-long loan switch to Bayern during the summer, with Bayern holding the right to sign him permanently for a fee of €120m next summer. As noted by ​Bild, ​Bayern have agreed to pay an €8.5m loan fee for Coutinho, while they will also pay his annual salary of €25m, working out at a grand total of €33.5m.

That overall figure means Bayern will pay a minimum of €657,000 per game for the Brazilian, assuming Coutinho plays in every match between now and the end of the season - including the DfB-Pokal and ​Champions League finals. 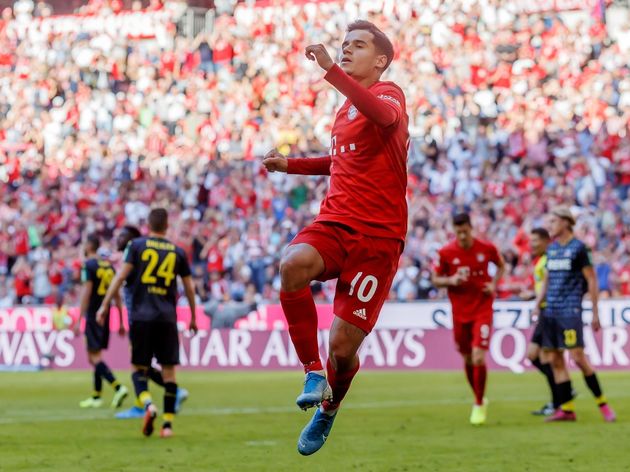 That expense comes before the ​Bundesliga giants can even consider bringing Coutinho in permanently next summer. They have agreed a potential future fee of €120m but, as it stands, it is far from a certainty that they will choose to pay it.

After an impressive start to the campaign which saw him rack up two goals and two assists in his first five league games, Coutinho has lost his place in the team and has been deployed out on the wing rather than through the middle.

Interim boss Hans-Dieter Flick has preferred Thomas Müller in the role during his two games in charge, while Serge Gnabry and Kingsley Coman have started the last two games out wide, leaving no place for Coutinho in the starting lineup.

Fortunately, there is plenty of time for Coutinho to play his way back into Flick's lineup​Barcelona