Women's Football Weekend: When, Where & How to Watch All the WSL Action

The FA has branded 16-17 November as the first ever Women's Football Weekend, aimed to promote and celebrate the increasingly popular women's game.

There are six Barclays FA Women's Super League fixtures being played, all on Sunday, featuring three games at Premier League stadiums and another at a Championship venue.

Keep reading for all the information on when and where the games are being, as well as how you can watch - all but one are available to live stream completely free of charge! Birmingham are this season's big faller in the WSL, having finished fourth as 'best of the rest' in 2018/19. The Blues did at least pick up their first win of the campaign against Liverpool last time out, but it promises to be a difficult few months.

Brighton were early favourites for relegation before the season started and are still searching for their first win. They have also made the joint-most changes to their lineup this season (10). 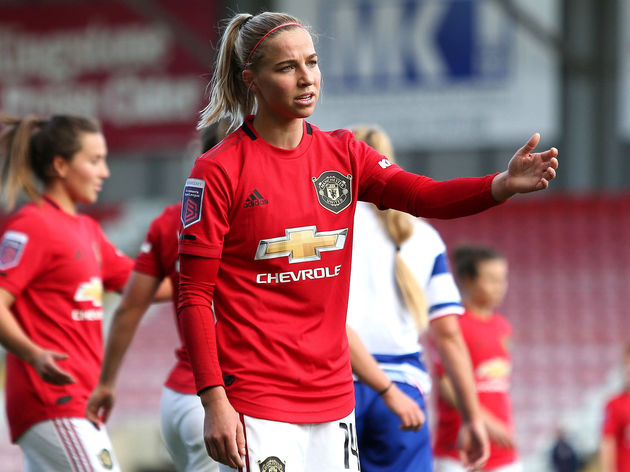 This clash between Chelsea and Manchester United promises to be a mouthwatering contest and is the first time these two clubs have ever met. Chelsea are currently top of the WSL table, while United have won five games in a row without conceding in all competitions.

Chelsea have won by a cumulative scoreline of 14-0 in similar games against first-time WSL opponents, but this week's visitors are a totally different proposition. All signs point to a Reading victory at the Madejski Stadium on Sunday. The Royals have only won half of the four WSL fixtures so far this season, but a visiting Bristol City side are on their worst run in the competition since 2015 - they have failed to win any of their last eight games.

What's more, Reading have won each of their last five WSL games against Bristol City. Anfield is the special setting for the 13th Merseyside derby in WSL history. Liverpool have had the upper hand over Everton in recent seasons, with the Toffees not winning an away derby since 2012. However, form so far in 2019/20 is very much with the visitors.

Liverpool are bottom of the table and winless five games into the season, while Everton have already managed as many wins as they did in the whole of last season. This is the first ever WSL north London derby between Tottenham and Arsenal and it will be played at the state-of-the-art Tottenham Hotspur Stadium. Spurs have come a long way since being thrashed 10-0 by the Gunners in the FA Cup in 2017.

For those interested in going to the game, Spurs have made it clear that tickets must be purchased in advance, with no on-the-day availability.


Key Fact: Arsenal's Danielle van de Donk has the highest shot conversion rate of all players to have taken at least five shots this season. She has scored with three of her seven attempts.