​Controversial but prolific striker Luis Suarez's ​Barcelona career is in its autumn.

The ​La Liga champions are supposedly open to ​Suarez moving away from Camp Nou, as they look for a long-term replacement for the Uruguayan.

The 32-year-old is under contract until 2021 and could still demand a high price, but there is no doubt that Barcelona need a quality replacement. It's testament to Suarez's ability that his departure from a squad that features Lionel Messi, Antoine Griezmann and Ousmane Dembele would still leave a sizeable hole in the Barça attack.

Suarez already has eight goals this season, so the replacement the Catalan side are looking for has to be one of proven quality already, and Barcelona are not shy of paying a large fee.

So, if Suarez were to leave, as has been ​speculated, who should Barça line up as his replacement? 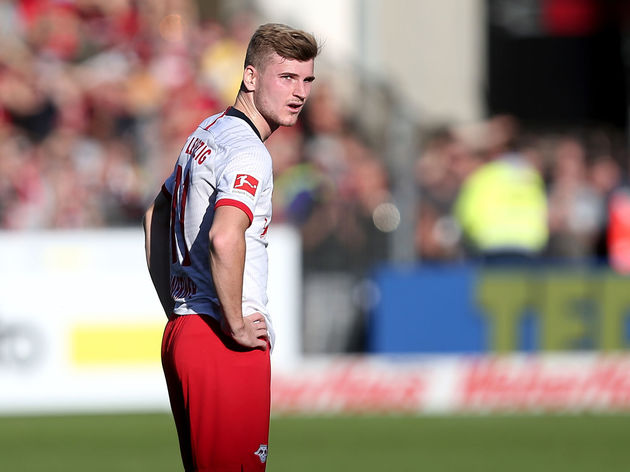 ​Highly coveted German star Werner has been heavily linked with a move to Liverpool over the years, but no deal has materialised. Werner has scored 11 goals in his 11 Bundesliga games so far this season and 15 in 16 overall.

He is prolific and enjoying his football at the moment and Barça could prove an attractive prospect if they act quickly enough to cobble together an offer.

With Barça happy to let Suarez go if they find a replacement, it doesn't look like Werner would be bench bound at Blaugrana. ​If in doubt, find a man who has scored 26 goals in just 18 games so far this season. Barcelona know a thing or two about crazy individual goalscoring records and the strong 19-year-old Red Bull Salzburg star has been drawing plenty attention to himself.

Haaland became only the second teenager in the history of the Champions League, after Karim Benzema, to score in his first three games in the tournament, including two against ​Napoli and one against European champions Liverpool.

His connection to Norway and Molde, Ole Gunnar Solksjaer's former team, mean he's inevitably been linked with ​Manchester United, but his strength and Suarez-like movement could lure Barça into paying well over the odds for the youngster. Possibly a difficult one, but the only person who has never doubted the quality of Tammy Abraham is Abraham himself.

The England striker is not scared of moving to prove himself, having joined teams like Bristol City, Swansea and Aston Villa on loan during his short career. Now, the 21-year old is tearing up the Premier League with ten goals this season, second only to Jamie Vardy.

Abraham has plenty of strong characteristics in his game but may be reluctant to leave ​Chelsea, the team he has worked so hard to become a regular for.

He would command a huge fee if a move to the north east of Spain were to materialise, but Frank Lampard and Chelsea will almost certainly fight tooth and nail to ensure he doesn't leave Stamford Bridge. He may need a full season in Ligue 1 to really catch the eye of the La Liga champions, but Habib Diallo is a young star with a multitude of admirers.

He tore up Ligue 2 last season with 26 goals in 37 games, firing Metz to promotion as champions. Now, he is behind only Wissam Ben Yedder of Monaco at Moussa Dembele of Lyon in the goalscoring charts with eight in the French top division so far.

At 24, he is coming to the peak of his career and ability. His agility and pace causes problems and this is certainly a type of player that Barcelona have favoured over the years. Yep, ​Tottenham's talisman might just be available. Others on this list have some way to go to be more that just an exciting prospect, but Harry Kane is proven a proven goalscorer like few others.

The England skipper is yet to hint at any dissatisfaction at life at the Tottenham Hotspur Stadium, but Spurs are floundering in 14th place in the Premier League and are already 11 points behind the Champions League places.

It could spell a switch for Kane, and the 2018 World Cup Golden Boot winner may just decide enough is enough if Barcelona came calling. At 26, there is plenty left in the tank and, as a more traditional number nine, he would bring a different option for Barça going forward. I wonder how many other players started out at Fulham and ended up at Barcelona?

He would likely cost a lot more that the £19.7m Lyon paid Celtic in 2018, but his goalscoring record is excellent and Barça may be the final step up he is looking for.