England have just qualified for Euro 2020, and we're all starting to get just a little bit excited.

With the final and semi finals being held at Wembley, and the Three Lions having some of the best young attacking talent in the world it seems another exciting summer is in store for England fans. And there's a feeling that they may - may - just win the whole tournament...

...But enough of that crazy talk because there are still some things that Gareth Southgate needs to sort out before next summer's cross-continental tournament.

We here at 90min have comprised a list of five things that he should fix before Euro 2020 to help him out.

A mistake at the back from England and Berisha scores within 35 seconds! pic.twitter.com/XahN9eZlYs

Despite scoring 33 goals in seven group A games England have still looked unconvincing at the back. Michael Keane's howler against Kosovo was a particular low point, while John Stones has struggled to find his best form in an England or ​Manchester City shirt since the World Cup.

As the world's most expensive defender Harry Maguire is a guaranteed starter at the back for the Three Lions, but deciding who partners him is not so simple.

Joe Gomez is an option, but seems ​bizarrely to be out of favour with fans after his bust up with ​Raheem Sterling. Fikayo Tomori and Tyrone Mings have also been called up in recent times as Gareth Southgate tries to solve his defensive puzzle.

Playing Out From the Back For England fans the Nations League was seen as a chance to win some genuine silverware for the first time since 1966. That is until they lost to the Netherlands in the semi finals, of course, at which point it ​became another meaningless set of stupid internationals that we didn't want to win anyway...

Fan tantrums aside, one of the key lessons learned from that defeat to Holland in Portugal was just how bad England are at playing out from the back, as both the Dutch's injury time goals came from errors in possession.

It's a tactic that Gareth Southgate is insistent he wants to stick to, but it's one that has caused England to come unstuck in numerous games since the World Cup. For the sake of fans with weak hearts everywhere, it might be an idea to ditch it for next summer. Vital to playing out from the back in the way that Southgate wants England to do is a deep lying midfielder who can receive the ball under pressure, in the way that Andrea Pirlo did when Italy made a habit of beating the Three Lions at major tournaments under Roy Hodgson.

While we can be thankful that Hodgson is no longer in charge, the fact remains that England don't really have that sort of player.

Declan Rice is a great defensive midfielder, but he's not as competent on the ball as fans would like him to be. Ultimately it will be down to Harry Winks to fulfil that role, provided the ​Spurs man can stay fit for long enough to do it. 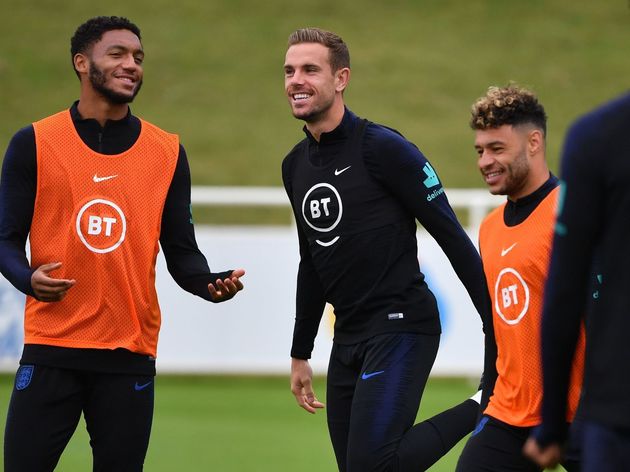 England's most disappointing losses since the World Cup was at the hands of the Netherlands in a game in which the Three Lions simply couldn't get a hold of the ball.

Gareth Southgate has recently switched between a 4-3-3 and a 4-2-3-1 as he tries to accommodate the likes Alex-Oxlade Chamberlain, Mason Mount, James Maddison and Ross Barkley in midfield.

That's before we even mention Liverpool's Champions League, and potential Premier League winning captain Jordan Henderson (we're not trying to jinx you ​Liverpool fans, we promise).

Is it too Late for Another Vardy Party? The ​Leicester City striker is still yet to ​officially announce his retirement from international football, despite not having featured for the Three Lions since the World Cup in 2018, and we have to admit it would be fun to see him chasing down someone like Sergio Ramos come June.

Tammy Abraham, Marcus Rashford and Callum Wilson are all great back up options if Kane should suffer any injury, but if Vardy keeps up his current form then he'll be hard for Gareth Southgate to ignore.