With his hat-trick in England's 7-0 demolition of Montenegro, Harry Kane has edged closer to breaking the record for the most goals scored in a European Championship qualifying campaign which currently stands at 13.

Kane scored his ninth, tenth and 11th goals of the qualifying campaign on Thursday night as England secured qualification to Euro 2020 in style.

Whilst this took Kane joint top of the goalscoring lists with Israel's Eran Zahavi, it also means he is now only two goals away from tying the record for the most goals in one single qualifying campaign. If he can repeat his hat-trick performance against Kosovo in England's final qualifier, then he would break the record with 14 goals.

Currently, the record of 13 goals is held by two players. One is Robert Lewandowski, who scored 13 times in Poland's 2016 campaign, and the other, somewhat surprisingly, is Northern Ireland's David Healy during the 2008 qualifying campaign.

Lewandowski's goals helped Poland qualify for the 2016 tournament, whereas Healy scored 13 of Northern Ireland's total of 17 as they failed to qualify for Euro 2008.

It wouldn't be surprising if Kane were to break that record, given the form he's in for the national side. Thursday night saw the ​Tottenham striker score his 31st international goal in just 44 games for the Three Lions - surpassing Frank Lampard, Alan Shearer and Tom Finney in the process - and he's well on his way to beating ​Wayne Rooney's total of 53.

However, there is certainly the possibility of Three Lions boss Gareth Southgate tinkering with his starting XI on Sunday against Kosovo, with Tammy Abraham pushing hard for a starting spot after continuing his immense form with a first England goal on Thursday night.

The perfect night. Win and qualify. 1000th @england game. And a hattrick to top it off gbeng #ThreeLions pic.twitter.com/6PHaTurgPO

Kosovo will provide a tougher opponent to Montenegro, as they narrowly missed on qualification losing 2-1 away in the Czech Republic. However, Kane doesn't look like slowing down any time soon with 11 goals in just seven qualifiers.

His three goals in the 7-0 thrashing showed just how well-rounded a striker he is. His first two were wonderfully times headers from Ben Chilwell deliveries, with his third emphasising his predatory instincts, controlling Trent Alexander-Arnold's cross and finishing coolly. 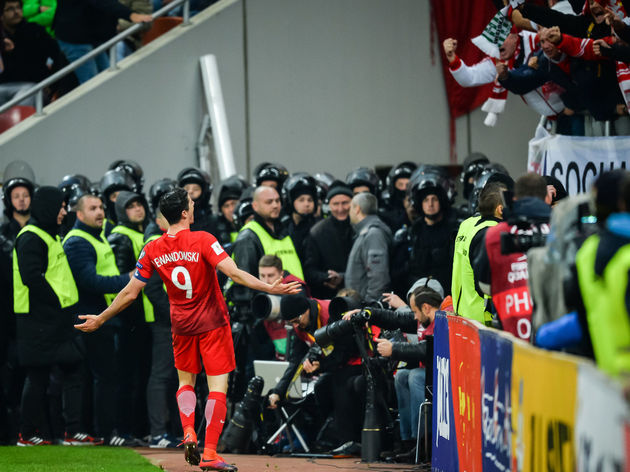 Kane and his England teammates face Kosovo on Sunday as they look to cement top spot in Group A.