Spain captain Sergio Ramos has said he has no intention to hang up his boots on the international stage any time soon, saying he has every intention of taking his country to the 2022 World Cup in Qatar.

Ramos, 33, moved up to tenth on Spain's all-time top scorers list when he converted a penalty against Romania in September.

On 21 goals, the ​Real Madrid star sits just one behind Juno Salinas in 9th and two behind the great Alfredo Di Stéfano, and he has every intention of hanging around for a few more years - despite the fact he will be 36 by the time the next World Cup rolls around. 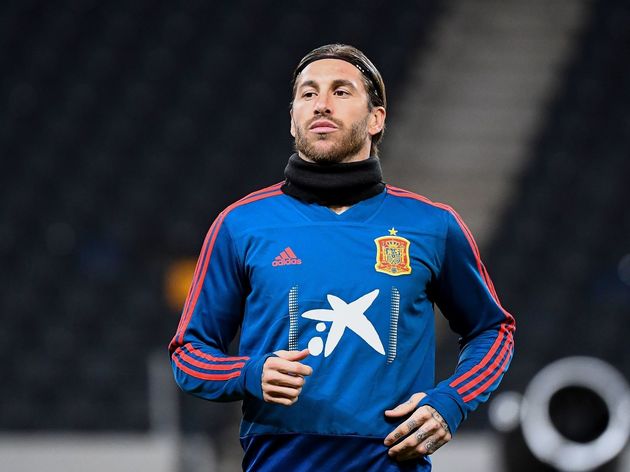 "I haven't put an end date on leaving the national team," ​Ramos said, as quoted by ​Marca.

"I like to enjoy the moment. The European Championship is coming up, which is going to be wonderful, and I would like to go to the World Cup [in 2022].

"My hunger is still intact and I would like to win something else with the national team.

"I want to enjoy every moment as long as I have hope and I feel good." Ramos has already lifted three major trophies with Spain, the European Championships in 2008 and 2012 as well as the 2010 World Cup, and he will be looking for a fourth when the Euros get underway in the summer.

Spain have already qualified for the tournament ahead of their final two qualifiers with Malta and Romania, but will be looking to keep up their undefeated record in group F, having attained six wins and two draws so far.

They ​face Malta in the first of those on Friday, and will win the group should they attain as much as a point.