It's November, and transfer silly season is well and truly upon us.

Yes, you read that right. ​Milan are reportedly open to selling Fabio Borini, Franck Kessié AND Ricardo Rodriguez to free up enough money to fund a £3.5m-per-year contract for the front man. 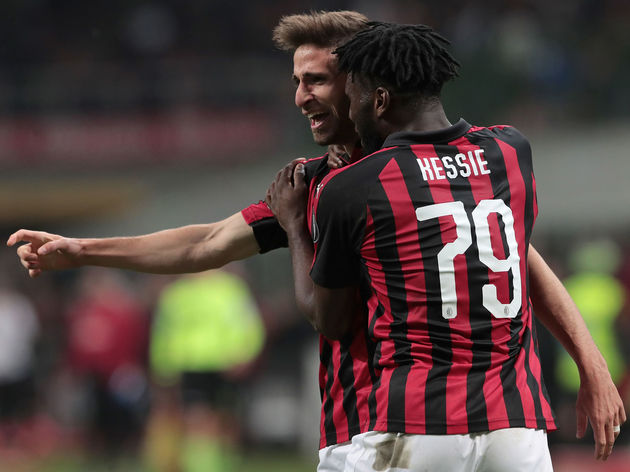 ​La Gazetta dello Sport reports that the Rossoneri want to raise £52m from player sales in January to fund reinforcements, with the veteran Swede on their shopping list.

Ibra has officially left LA Galaxy following two prolific years in ​MLS and is seeking a new opportunity in Europe, having recently stated that he believes he still has the ability to make a difference in Serie A.

The slightly headstrong forward spent two seasons at San Siro between 2010 and 2012, helping them to their most recent Scudetto in 2011. However, the report suggests he has reservations about returning to the red and black side of Milan to see out his career, having made such a name for himself in his initial spell there.

Instead, he could forge a new chapter in the book of Zlatan by seeking a new challenge with the likes of ​Napoli or Bologna. Like Milan, Bologna are floundering in lower mid-table, while Napoli are only marginally better off in seventh place, although the club is embroiled in a row between the owner, players and manager Carlo Ancelotti.

Milan have lost their last two games and find themselves 14th in ​Serie A. While it certainly could be the case that they are planning to sell a number of players to fund a January spending spree in a bid to salvage their season, it seems highly, highly unlikely they would spend the money on a 38-year-old who hasn't played European football for two years.