RB Leipzig manager Julian Nagelsmann has admitted he is not averse to selling long-term Liverpool target Timo Werner, but only when the time is right for the player.

Now 23, Werner has been one of Germany's best young forwards for several seasons and has scored 11 in 11 in the Bundesliga in 2019/20.

Werner has long been touted as a target for Jurgen Klopp's ​Liverpool, as well as ​Bayern Munich, but signed a new contract during the summer that ties him to RB Leipzig until 2023. There have been claims and counterclaims regarding the release clause in Werner's new deal, with figures putting the amount to buyout the striker at between €30m and €60m, depending on the source you believe.

However, what is commonly accepted is that idea that Werner will leave Leipzig at some point in the not-too-distant future with Europe's richest watching on.

While RB Leipzig sporting director ​Markus Krösche recently hit back at the possibility of sale,

“I’ve already advised many players to take off their wedding ring with their current club to move somewhere else,” Nagelsmann told Sport Bild. “I’d do the same with Timo Werner if he were developing faster than the team at RB Leipzig.

“He’s improved his combination play. He’s often parked on the left-wing and can create moments of change. Now he moves between spaces and is harder to figure out.” 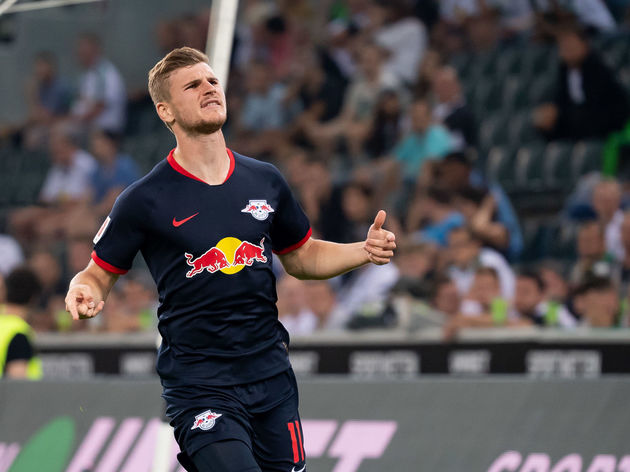 Even €60m (around £51m) is unlikely to be overly off-putting for Liverpool should they set their minds on acquiring Werner.

​Bleacher Report's Dean Jones - in a rundown of possible January targets - calls Werner a 'possibility' for Liverpool but he claims that a mid-season move would require the youngest players to reach 150 Bundesliga appearances to take a bit-part role behind Sadio Mane, Mohamed Salah and Roberto Firmino.