​Manchester City striker Gabriel Jesus has revealed that he hopes to replicate the achievements of teammates Neymar and Sergio Aguero as his Brazil career begins to take off.

The Brazilian came of age in the national team during the Copa America this year, scoring two goals and grabbing two assists throughout the tournament as they went on to claim the trophy with a 3-1 win in the final against Peru. Speaking to ​Sport 360 ahead of Friday's 'Superclasico' clash against Argentina in Saudi Arabia, Jesus spoke about his admiration for PSG forward Neymar - who is set to miss the game with injury - and City team mate Aguero, two players who he looks up to and aims to learn from.

He also claimed that the Brazil team will be able to step up in Neymar's absence, as they did during the Copa America: “Of course, for me, the dream is to follow what he (Neymar) has achieved," he said. “I am also learning at ​City to do this, working with Sergio. He’s a top, top player, the record scorer for the club and I can only learn from him. He scores almost every game.

“Without ​Neymar for Brazil, you have to look at everyone to step up, not just me. And Brazil have a lot of big players, not just Neymar.

“He is number one for Brazil of course, but we have a lot of big players in the world and we can play well, even if he is not with us.” 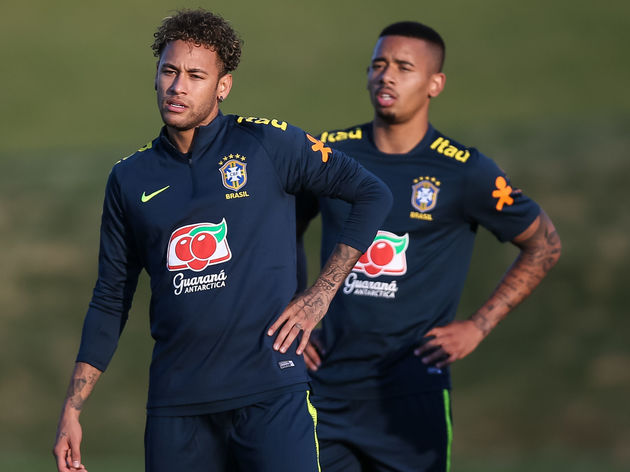 Jesus added that the fixture was huge, regardless of it being a friendly affair. He continued: "The Argentina game is a derby and it doesn’t matter if one team is ahead of the other one, it’s a big rivalry. You never know what will happen.

“I think it will be a difficult game for both of us. But of course I want to win because it’s a derby, it’s special to win these games against them."

Brazil take on arch-rivals Argentina on Friday in the first of two friendlies, as they then head to Abu Dhabi take on South Korea the following Tuesday.