England scored a late goal to win 3-2 against Czech Republic on Tuesday night to finish 2019 with a much-needed victory. Just days earlier, a record crowd at Wembley had seen a poor Lionesses performance against Germany, while a narrow victory against an inferior Portugal side was the only other win in six total games that have been played since the World Cup. International football is now on hold until February or March of next year when England will be expecting to play at the 2020 SheBelieves Cup, a tournament they won this year.

Manager Phil Neville has come under increasing pressure in recent months and there was one school of thought that suggested victory over Czech Republic was vital in order to save his job.

Weaknesses don’t appear to have been addressed and opponents, as Germany did, are targeting them. Those weaknesses were then during the World Cup, but were sufficiently masked by better overall performances than in the disappointing friendlies since.

“The break from international fixtures probably comes at a good time. The results over these last few months have made us realise that we’re not quite there yet,” Scott explained in a column for the Daily Mail. 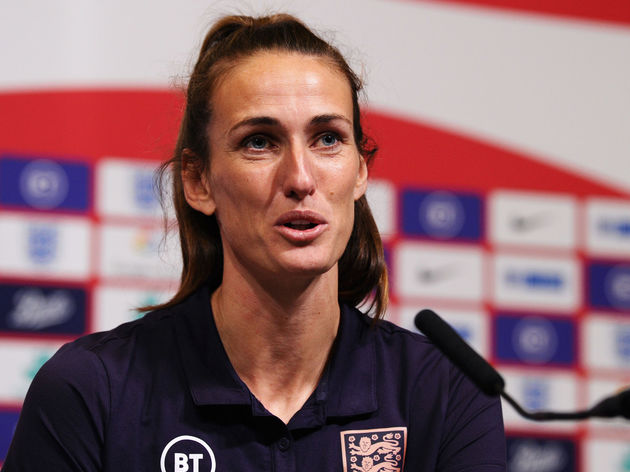 “Sometimes a reality check can be a good thing. It is difficult for a team to maintain their form consistently over a period of time, there are going to be dips along the way - and sometimes a dip isn’t a bad thing,” the experienced veteran added.

The rise of women’s football, as evidenced by record television audiences during the World Cup, a spike in WSL interest and the aforementioned 77,000 at Wembley, has brought with it unprecedented levels of public and media expectation for the Lionesses.

When results don’t follow, as has been the case of late, it leads to criticism. But while this is a brand new experience for most of the players, even older ones, Scott insists the squad will ‘thrive’ off more now being demanded from them. “The media are now starting to treat us like the men’s national team - but I think we’ll thrive off that,” she offered. “We experienced some criticism during the World Cup and in our recent run of games, so we’ll be ready going into competitions next year.”