Atlético Madrid midfielder Saúl Ñiguez has leapt to the defence of teammates Koke and Diego Costa after they were jeered and whistled at by fans in recent weeks following a number sub-par performances.

Both players were the subject of abuse from their own supporters in Atléti's 2-0 victory over Athletic Club last month, including whistles and jeers whenever they touched the ball. 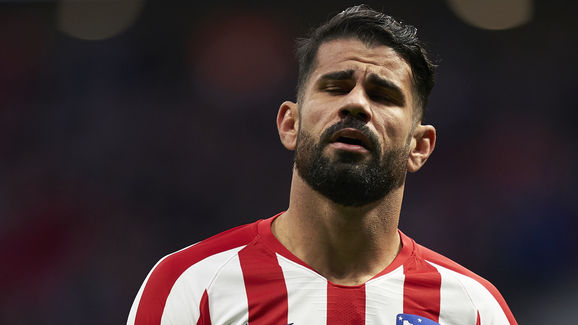 However, Saúl has defended his teammates, telling radio station Cadena Ser (via ​Marca) that both should be cut some slack for their efforts.

The former Chelsea man has only scored twice and contributed three assists in 15 games so far this season following an underwhelming campaign last year, leading to this criticism from the Rojiblanco faithful. Costa is now set for a spell on the sidelines ​due to a back injury.

Koke, meanwhile, has been at the club since he was eight-years-old, joining the youth academy and working his way up through the ranks and eventually going on to captain the first team. Due to the loyalty shown by the 27-year-old, some fans have supported Koke, singing his name during the warm-up against Athletic Club, but there were still sections of the crowd giving him grief. currently sit third in ​La Liga, one point behind ​Real Madrid and ​Barcelona, and will be hoping to make up the ground. After the international break, they travel to Los Cármenes to face Granada, before a tricky ​Champions League tie against ​Juventus at the Allianz Stadium.