When & Where to Watch Bayern Munich's Players During the International Break

Bayern Munich may be manager-less, but that didn't stop them from thumping Borussia Dortmund 4-0 in their final game before the international break.

It was a great way for Bayern's biggest stars to bid farewell to the Bundesliga before they jetted off around the world to join up with their international comrades.

So, here's a look at which of Bayern's star-studded team have been selected, where they will be playing and most importantly, how you can watch them in action. David Alaba is arguably the most

The left-back was asked to fill the centre half void left by the injured pair of Niklas Süle and Lucas Hernandez and did so admirably, helping Bayern to a clean sheet.

Now on international duty, Alaba will play in a far more advanced position as one of two holding midfielders.

Victory in their game with North Macedonia on Friday will guarantee Austria a play-off spot, with one match remaining. Perišić will be full of confidence when he meets up with the World Cup finalists, after making a couple of vital contributions for Bayern in the past week.

First, the Croatian scored a mere 30 seconds after coming on in Bayern's 2-0 victory over Olympiacos and then his

The midfielder will be hoping to have a similar influence for his country who, despite leading Group E, have no room to slip up with Hungary and Slovakia chasing their coattails. Thiago sat out Bayern's last two games so getting some minutes under his belt will be a priority when Spain face Malta and Romania over the international period.

Spain's place at next summer's Euro's is already confirmed, after a 1-1 draw with Sweden in their last qualifier so the pressure is off La Roja. Coutinho is another who will be out to catch the eye of ​Bayern coach Hans Flick after only making a substitute appearance in the Dortmund win.

However, it may prove difficult, as Brazil aren't involved in any competitive fixtures during the international hiatus and Seleção coach Tite may use this opportunity to rotate his squad. The 19-year-old has been earning rave reviews since bursting onto the scene at Bayern and the talented teenager now switches his attention to international duty.

Canada currently sits top of the pile in their CONCACAF Nations League group, with three wins from three and will be looking to make it four in their next game against the USA.

Davies will be hoping to repeat his performance in the two nations' last encounter when he got on the scoresheet as Canada ran out 2-0 winners. The Polish hotshot is on fire. Lewandowski has scored in every Bundesliga and Champions League game that he has played this season, notching 22 goals in just 15 appearances.

However, the pressure is off Poland's captain as his country has qualified and given the lack of importance of their fixtures, his minutes on the pitch may be fleeting.

It will be music to Bayern fans who will have everything crossed that he comes through the international period unscathed. 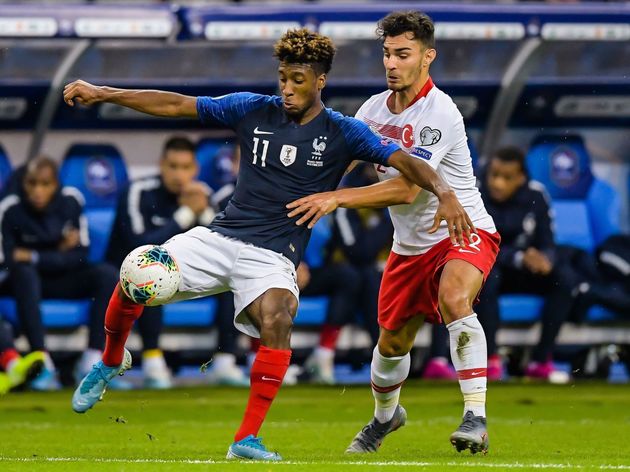 Pavard and Coman come off the back of strong performances in Der Klassiker against ​Dortmund but Tolisso was an unused substitute in the victory.

However, all three will be in contention to start France's crucial qualifier against Moldova on Thursday.

The world champions lie second in Group H, but they are level on points with top of the table Turkey and a win for Les Bleus guarantees their spot at the Euro's next summer. The usual suspects are all involved as Germany seek passage to next summer's tournament.

Joachim Löw's side is not yet guaranteed a spot in the finals, but if they beat Belarus on Saturday and Northern Ireland fail to beat the Netherlands then their place is assured.

However, if that is not the case, then the Germans could face a nail-biting encounter with Northern Ireland at the Allianz Arena on Tuesday night.