Cats and dogs, chalk and cheese, oil and water, curry sauce and cereal.

Some things just do not go together, and t

However, after a general election was called for 12th December - just as the ​Premier League season hurtles towards the congested Christmas fixture list and the focus should be SOLELY on football (and maybe family) - Boris and the powers that be have forced us to contemplate the nation's dire political situation once again.

But fear not, we at 90min have still found a way to crowbar football into the equation, lads. How you ask? By outing various MPs from various parties as supporters of various clubs, that's how.

Disclaimer: This list may force you to disassociate yourself with your football club and/or political party. The PM claimed to support 'all of the London teams' during his time as mayor of the capital in 2015.

His children are ​Newcastle fans, just in case Toon supporters needed anything else to be miserable about. Although unconfirmed, Theresa May is widely reported to have a soft spot for AFC Wimbledon following her time as a councillor for Durnsford in Merton, south-west London, between 1986 and 1994.

Unfortunately, the future of that iteration of Wimbledon was as ill-fated as Theresa May's tenure in Number 10.

Scourge of the NHS Jeremy *unt revealed his allegiances to the ​Evening Standard back in 2011.

Fair play to the unpopular Tory, he also admitted it's a cliché for him to support the ​Blues.

West London resident Gove keeps it local with his support of ​QPR.

He was spotted jogging in a hoodie bearing the club crest on a number of occasions earlier this year.

He's also tweeted his support for the club in the past, to a...erm...mixed reception.

Quit with the faux liking of football. It's embarrassing for football fans.

Now, we don't want to anger ​Liverpool fans by claiming that the time-warped Victorian workhouse overseer Jacob Rees-Mogg supports their club, because that remains to be seen.

However, it appears that his children are Reds followers at least. JRM Insta'd a photo of himself with two of his kids in full Liverpool kit at an *extremely* Tory-looking event in Corston, near Bath.

The image drew an inevitably strong response from supporters of the Merseyside club in some quarters.

Rees-Mogg is well-known for his investment banking exploits earlier in his career, making his sons...full-kit banker's children, amirite?

Despite hailing from north London, the MP for Harlow in Essex is an avid Chelsea fan, and also likes curry and watches, apparently.

What a wonderful day. 3 wishes; Sunshine, A #royalwedding and the super #Chelsea win the FA Cup. #AladdinAndHisLamp

Hailing from Staffordshire, Karen Bradley unsurprisingly supports one of the Manchester sides.

Bradley was sacked as Secretary of State for Northern Ireland in July after being widely criticised for her lack of understanding of the country's politics.

New Secretary of State Karen Bradley is @ManCity fan. If her political moves reflect her football choices we're on a winner!

Meanwhile, ​Man City boss Pep Guardiola is coming under scrutiny for a lack of understanding of how to defend.

The season ticket-holder has been a Gooner since 1971 and regularly referenced his beloved Arsenal and mocked their north London rivals Tottenham during his time as Speaker of the House of Commons, which came to an end in early November.

He's even appeared on Arsenal Fan TV, for God's sake. He bloody loves it.

For a man who seemingly loves orderrrrr, it is strange that he supports a team in complete disarray. Each to their own I suppose. 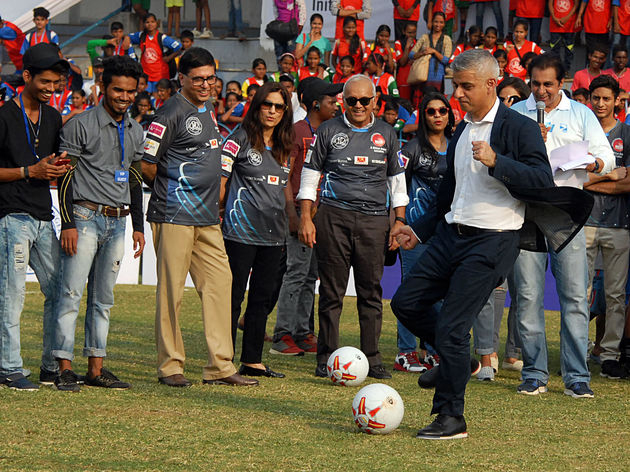 Just like every other person who lives in/is from the south and doesn't support Arsenal or Manchester United, Sadiq Khan is a Liverpool supporter.

That's right. Mayor of London, Liverpool supporter. At least this means Khan doesn't have to bulls**t about his allegiances like a certain former London Mayor.

However, all jokes aside, Khan's reasons for supporting the Reds are actually very poignant. After he and his family experienced racism when going to watch the London clubs, Khan fell in love with the Reds by watching them from the comfort of his own home.

“Back then it wasn’t safe for somebody looking like me to go onto the terraces so in the 1980s I’d watch my football on TV, on Match of the Day and the other programmes," he explained to Liverpool Echo

​Tottenham born and bred, prominent Labour Party member David Lammy is another who keeps it very local with his support of Spurs.

Dare to dream! Praying for @SpursOfficial tonight. So want to see that victory parade down Tottenham High Road tomorrow. C’mon Spurs we can do this. #UCLFinal #COYS #THFC https://t.co/K4iPZCcKQL

Lammy has been MP for the area for 20 years, since he was just 27 years old.

Having grown up in the shadow of Old Trafford, Labour's Rebecca Long-Bailey is inevitably a ​Man Utd supporter. Fair enough.

The MP for Salford and Eccles is also a big Star Wars fan. 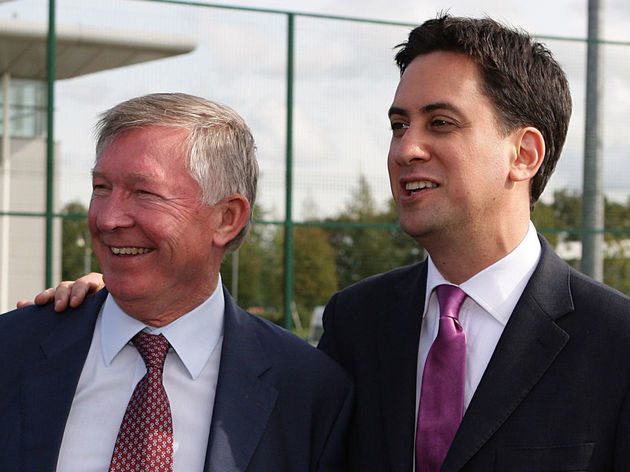 Although he was born in London, the MP for Doncaster fell in love with the ​Whites when his family moved to the Yorkshire city when he was a young boy.

In 2012, Miliband cancelled a speech because he was 'ill' before being spotted at a football match the next day. Not a great look, being the reverse James Maddison (erm, kinda).

Towering Toby backs two teams - Chesterfield, where he is MP, and ​Sheffield United.

Although he was born in Reading, Perkins played rugby in Sheffield and has lived in Chesterfield all his adult life.

Just ask the question has the Referee/ linesman made a clear error? Don’t re-ref the game and come with a different interpretation to same decision.
And on offside, remember rule says level is onside. https://t.co/uxe0e31hnh

The town's MP spoke passionately when Chesterfield were relegated from the football league in 2018, saying: "W Unfortunately for ​Crystal Palace fans, Nigel Farage has nailed his divisive colours to their mast.

In an interview in 2014 Farage revealed he wasn't that keen on football, but was a proud Palace fan nonetheless.

The person on this list who came closest to actually playing is Paul Nuttalls of the UKIPs - yeah, the one who told a number of 'false truths' and didn't last a year in the job.

Hailing from Liverpool, Nuttall played for Tranmere Rovers at youth level - although he suggested he played for them professionally later on.

While it's not known who he actually supports, it's likely he'd tell you what you whatever you wanted to hear.

While his party's leader Jo Swinson has perhaps wisely kept her cards close to her chest as a Glaswegian, Labour defector Umunna is a Crystal Palace fan. For now. He's been part of three political parties this year, so who knows?

The MP for Streatham has close ties with the club, having attended matches with his late father, and even worked in the box office on matchdays as a teenager selling tickets to away fans.

In 2017, Umunna revealed he had once denied entry to a Port Vale fan after he abused him.

When he wasn't moaning about the economy, the former MP for Twickenham was likely thinking about his beloved York City.

The sports-mad politician rather poetically explained his lifelong affliction in the Daily Mail: "

"I was introduced early to the excitements of heaving crowds on the terraces, the crescendos of noise and fierce loyalty to the local football club – York City, then a good side which I followed to a cup semi-final against Jackie Milburn’s Newcastle." Lovely. Like her Lib Dem counterpart, Nicola Sturgeon has also swerved controversy in backing either of the Old Firm by coming out as an Ayr United supporter.

Born in Edinburgh, Ian Blackford is another Scot who avoids the Old Firm, although some Hearts fans may be angered by his support of Hibs.

Blackford also follows Scotland far and wide as a member of the Tartan Army - something of a thankless task at present.

While she has never technically nailed her colours to their mast, Caroline Lucas has publicly backed the ​Seagulls and shown her support of their progress in recent years.

Considering she is from Worcester, it may be that Brighton are her adopted club.

The hugely popular former Lord Mayor of Sheffield - the first Muslim to hold the position - supports the red and white side of the city.