Lyon sporting director Juninho has openly confessed that he would like to bring Karim Benzema back to the club from Real Madrid and that he has even talked with the Frenchman regarding a transfer.

The striker moved to the Santiago Bernabeu in 2009 after ​five seasons at his hometown side, where he scored 66 goals in 148 games.

Benzema is now in his 11th season at Madrid, and although he's taken on a more important role as a goalscorer since Cristiano Ronaldo's departure in 2018, Juninho has said that the club are actively seeking a way to bring him back to France. ”My wish is to propose to ​Karim to finish his career in Lyon," he said, as quoted by ​Mundo Deportivo. "He is from here, he feels from here. Why not make an economic effort between both parties to make it happen? We cannot offer the same salary as ​Real Madrid, but we will wait for the right moment."

Juninho admitted he has been in contact with his ex-Lyon teammate, and urged Benzema to help a 'dream' move happen by lowering his wage demands just as he himself did at Vasco da Gama.

"I lowered my salary to play with Vasco at the end of my career," he added. "It can also happen with Karim, we just have to talk to him. 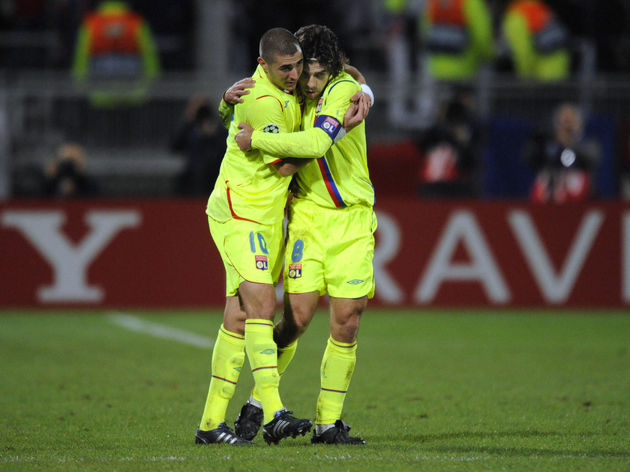 "We exchanged messages when I was in Brazil: 'I felt you would like to come.' He has a lot of respect for the club. He often goes to the physiotherapist, Abdel, in Lyon too.

“I want him to come play with us for two years, and then train some young people. Karim can be a leader we need. I dream that he will finish his career here in Lyon, his home."

Benzema has scored 11 goals in 15 appearances for Real Madrid so far this season, and is on course to finish with one of his best returns since joining Los Blancos.