Robertson completed the full 90 minutes in the crunch 3-1 win against Manchester City on Sunday. He got an assist in the game, while a week earlier he scored in the victory over Aston Villa.

The Scotland international has been ever-present in the Premier League and, alongside opposite full-back Trent Alexander-Arnold, has become one of Liverpool’s most important players.

That is what makes his revelation that he hasn’t been fit enough to train for what is becoming an extended period of time, all the more concerning.

“For the last two and a half weeks I’ve not trained at all for Liverpool,” Robertson is quoted as saying by the Daily Record after he withdrew from the Scotland squad for their final Euro 2020 qualifiers against Cyprus and Kazakhstan.

“It’s a niggling injury which won’t go away unless I give it time. If you know Liverpool and our schedule, we don’t have time and after suffering another knock against Man City on Sunday it has gotten worse,” he added. Robertson explained that it was a tackle from City midfielder Rodri at the weekend that has caused the recurrence of the ongoing issue this time.

As a result, Robertson will not be playing for Scotland this month in order to rest.

“The call has been made and it has been taken out of my hands. It hurts as captain to miss out but I’ve had to be selfish for the first time in my career and let my body rest,” he said.

“I’ve had to listen to the people around me when previously I would have told them to beat it. The fact my ankle has swollen up again has made it easier to miss these games.” 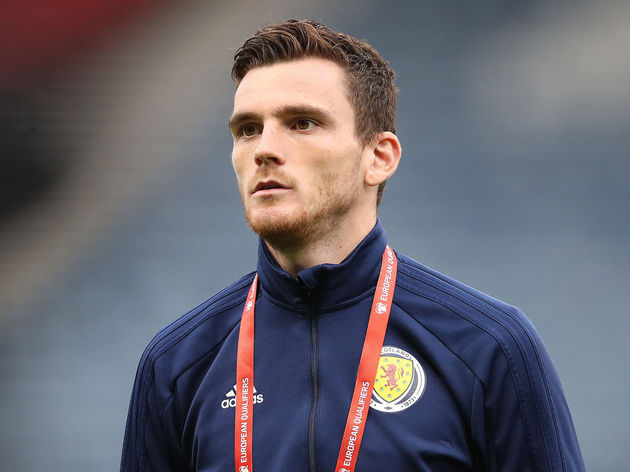 Liverpool fans will hope to see Robertson in action against Crystal Palace when Premier League football resumes later this month. More importantly, though, they will want to see him able to train again as his current walking wounded status could have disastrous consequences.