​but could be put off pursuing a deal by the €100m price tag attached to the Norwegian teenager.

Haaland is the top scorer in the Champions League so far this season and has incredibly already scored 26 goals in just 18 appearances in all competitions, including five hat-tricks.

Top clubs all over Europe have been keeping a close eye on Haaland, with 90min revealing that 15 teams from the Premier League alone had people watching him when netted a treble on Champions League matchday one against Genk back in September.

Barcelona, Real Madrid and Juventus have also been linked with a potential transfer. It was rumoured last month that one of the reasons Barcelona have decided to shelve Neymar interest is because there is a more urgent need to target a ‘number nine’ to lessen the burden on Suarez and eventually replace the veteran Uruguayan.

Haaland is a potentially perfect option for them, but there are now concerns that money could stop Barcelona from taking their early interest any further. According to ESPN, the €100m valuation of Haaland is seen as ‘excessive’ at Camp Nou. That figure is also described by club sources in the report as ‘disproportionate’ and ‘not in line with his market value’. As such, the only way Barcelona would be willing to make any kind of offer is if the price tag significantly drops as they are not prepared to ‘break the bank’ for the player.

For now, at least, the likelihood of Salzburg dropping that price seems minimal as they will be hoping to spark a bidding war between Europe’s wealthiest sides at the end of the season.

The Austrian club have already been tipped to resist selling in January. But it may be that Haaland disappoints all of his major suitors as there is also now a rumoured possibility that his next move could see him remain in the Red Bull family and join RB Leipzig. 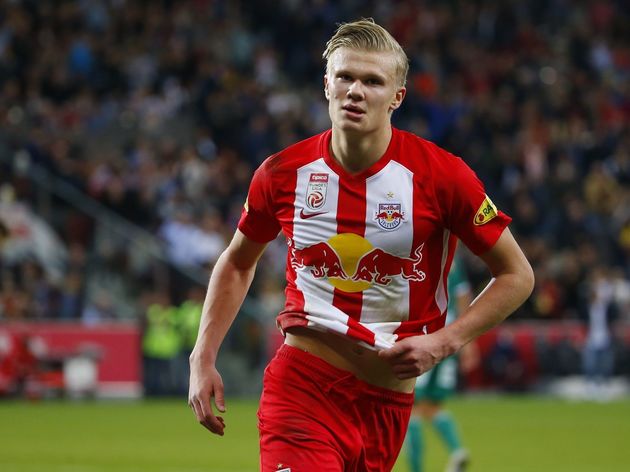 Such a move would be more temporary than permanent as Leipzig cannot financially compete with the biggest clubs on the continent. But it could be an important stepping stone for Haaland in terms of his development, as he may wish to take a more gradual rise to the elite level.