​Kieran Trippier has said that he feels vindicated in his decision to leave Tottenham and join Atletico Madrid in the summer.

The England right back had an injury-hit final season at Spurs, and was often the subject of criticism when he did play.

He admits that he wasn't at his finest last year, and problems behind the scenes and with his fitness made it a difficult campaign for him, prompting the need to leave the club. “Things happen. Injuries and other things happen behind the scenes, and your head’s not quite there," he said in an interview with the ​Guardian. "You’re still trying to do your best but things are not quite right and it’s an awful place to be.

"That was what it was like last season. I tried to put it right but like I said, I’m just happy that season is behind me and I’m in a new chapter of my life.

“Sometimes I feel I was selfish in that when I was really struggling with injuries I didn’t open up to the manager. I didn’t say anything and that damaged me because I was getting murdered on the pitch or I was making silly errors.
​
​"Maybe that was my fault, maybe that was selfish. I should’ve thought of the bigger picture, the team, instead of myself. Maybe I should’ve taken a step back and said: ‘I’m struggling, like.’ But I just wanted to play." 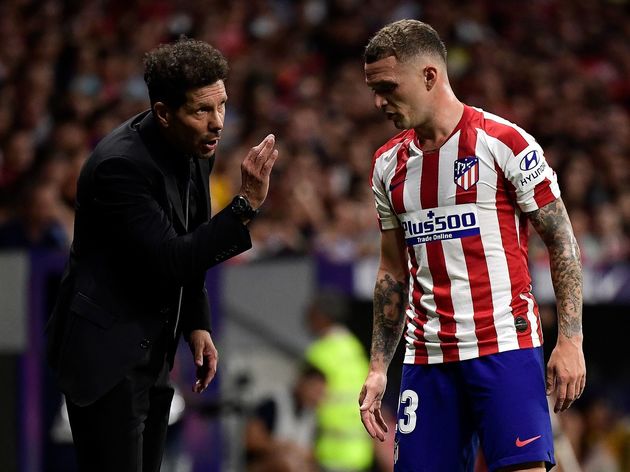 Trippier has since found solace in the Spanish capital, and said that while the move wasn't one he had planned, he felt it was too good an opportunity to turn down.

“I’m enjoying my football again,” he said. “I spoke to Fernando [Llorente] and Toby Alderweireld about La Liga and they said I’d really enjoy it so I thought: ‘Grab it with both hands.'

“The most important thing is I’m enjoying my football. I’ve come to a different league, different surroundings, different culture, everything. And maybe the new challenge has woken me up. It was there to see last season that sometimes my concentration was lacking.

"Sometimes it led to goals, I know that. And I’ve said many times over the last 16 months my defending needs to improve. People questioned the move but it was the perfect team. If I play for Cholo [Diego Simeone], I know defensively I can improve.”

​Trippier also revealed his thoughts on his new nickname, 'Rooney', bestowed upon him after Atleti striker ​Diego Costa likened the defender to the former Manchester United and England forward. He added: “It’s just because I’m the only English player here and Rooney’s the only one he’s heard of; it could have been anything.

“He just calls me that because it’s the first name that came into his mind. And everywhere I go, they shout Rooney. When I warm up, everyone’s shouting it. Everyone. I have Diego to thank for this."