England could have secured automatic qualification for Euro 2020 as early as last month, only to see that opportunity go begging with a surprise defeat to Czech Republic, which was a first qualifying loss for the Three Lions since 2009.

A 6-0 thrashing of Bulgaria a few days later wasn’t enough, but England will book their place at the finals this time around as long as they manage just a point against Montenegro. Failing that, even failure from Kosovo to beat Czech Republic the same night will do the job. Portugal have not yet secured the right to defend the European Championship trophy they won in 2016, with Cristiano Ronaldo et al losing sight of early qualifiers Ukraine and now trying to hold off Serbia in the fight for the second automatic qualifying place.

Portugal hold a one-point lead over Serbia and so their fate is fully in their own hands. Win both their remaining fixtures and they are through, otherwise the door is open for Serbia, who play Luxembourg and Ukraine, both at home. Netherlands lead Germany in Group C by virtue of a superior head-to-head goal difference and are three points clear of third place Northern Ireland, whom they face next. Even just a point there and the Dutch will be at Euro 2020 after missing the last two major tournaments. Germany will secure their automatic place at Euro 2020 if they get at least a point against Belarus and Northern Ireland don’t beat Netherlands. If that doesn’t happen, they will then have the opportunity to see off the Northern Irish threat themselves in the final game. Northern Ireland could still make it to a second successive European Championship tournament after reaching the knockout stages at Euro 2016, but they are up against it. Realistically, only wins over both Netherlands and Germany will do - and even that might not be enough.

A playoff could also become a reprieve option in March, but only if enough other teams from UEFA Nations League B qualify for Euro 2020 automatically. Republic of Ireland narrowly lead Group D ahead of Denmark thanks to head-to-head away goals and are a point clear of third place Switzerland. However, they have only one remaining fixture and must win that against Denmark on the final matchday.

They will be expecting Switzerland to take maximum points against Georgia and Gibraltar, which would put them out of Irish reach, while Denmark are also facing Gibraltar before heading to Dublin. Ireland could therefore be trailing the Danes by prior to kick-off and must win.

Rather like their neighbours to the north, a playoff is a possibility as a second chance. But, again, only if enough other teams that were in UEFA Nations League B qualify via the groups. Semi-finalists in 2016, Wales have to win both of their remaining fixtures and rely on other results in order to qualify automatically. Two victories would put Ryan Giggs’ side above current second place side Hungary, but Slovakia still pose a danger.

Slovakia are two points ahead of Wales as things stand and are to face group leaders Croatia and Azerbaijan. Assuming they win their own games, the Welsh need Slovakia to take four points or less.

Should they fail to secure automatic qualification, Wales will at least get a playoff place if one of Sweden, Denmark, Bosnia & Herzegovina and Austria qualifies automatically, which is likely. The reigning world champions will have qualified for Euro 2020 before they play Moldova if Iceland fail to beat group leaders Turkey in Istanbul earlier that same evening. If Iceland do manage to win, France could then just close down the issue themselves by beating Moldova.

Les Bleus have effectively got two chances to secure just one more win, and that is only necessary if Iceland win both of their remaining fixtures. 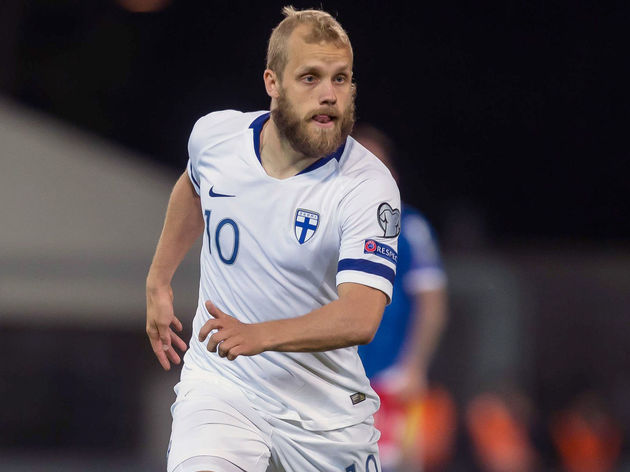 Finland are on the verge of qualifying for their first ever major international tournament and will take Group J’s second automatic place behind Italy if they win at home against Liechtenstein in their penultimate game.

The Finns, who count Norwich striker Teemu Pukki among their notable players, are five points clear of nearest challengers Armenia and Bosnia & Herzegovina. It actually means even just one more point from two games might be enough if the latter fails to win both remaining fixtures.