Napoli players are reportedly living in fear of 'revenge attacks' from Napoli ultras after midfielders Allan and Piotr Zielinski were targeted.

The attacks come in the aftermath of the players' refusal to attend a training retreat last week after a run of poor results. Carlo Ancelotti and his squad reportedly refused to board a bus to the retreat, with the manager skipping his post-match media duties.

The club later released a statement condemning the actions of their players, and putting the responsibility on Ancelotti for the decision to ignore the expected retreat. Club president Aurelio De Laurentiis could fine them up to 25% of their salary. Both Allan and Zielinski were victims of vandalism by ultras in the week and Corriere dello Sport (via Football Italia) write that star defender Kalidou Koulibaly has hired a bodyguard to protect himself and his family, while Lorenzo Insigne's wife is believed to have fled the city.

Warning signs of a potential backlash were on show when Napoli trained for the first time after their 2-2 draw with RB Salzburg in the Champions League. It was reported that an estimated 150 fans turned up outside the San Paolo demanding 'respect' and branding players 'mercenaries'.

With the turmoil surrounding the club at the moment, several key men in this Napoli side have been linked with moves away. 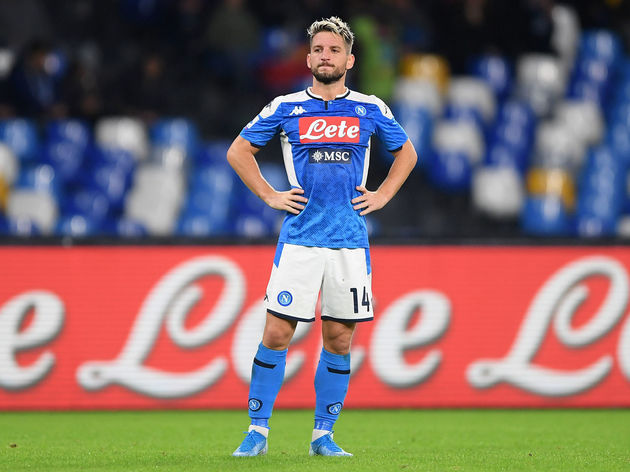 While the futures of Koulibaly and Fabian Ruiz among others are in doubt, it seems certain that Jose Callejon and Dries Mertens will be leaving the club at the end of the season after both were unable to reach an agreement with I Partenopei over a new deal.

For the time being, the squad will be looking bounce back after the break with two huge fixtures coming up. Napoli travel to the San Siro to take on a struggling Milan side before facing Liverpool at Anfield in a crucial Champions League clash.

With the club seventh in Serie A and five games without a win, those two fixtures could decide Ancelotti's future in Naples.