England Reach 1,000 Games - Here Are 29 of the Weirdest Players to Ever Get a Cap

147 years on from their first-ever fixture, ​England's men's team are set to play their 1,000th international in the glamour tie against Montenegro at Wembley on Thursday night.

There have been some thrills and spills in that time, mostly spills to be honest but remember the World Cup in 1966? That was good. And then when Pickles the dog found the trophy after it was stolen? Also, Gary Lineker defecating on the pitch, Raheem Sterling hitting the side-netting against Italy and Eric Dier clattering Sergio Ramos. Great times all.

And what makes the Three Lions 'great' are the players, all 1,244 of them.

Because, for every Lineker, Bobby Moore and Harry Kane there has been at least one Steven Caulker.

And to celebrate them, here are some of the weirdest and wildest players to earn a cap for the Three Lions in their first 1,000 games...

What's in a Name? Now if you suspected that this article was going to be a pretty cheap rundown of old-timey names of former footballers that have fallen unfortunately out of fashion in 2019, then you'd be largely correct.

Not particularly prolific forward Alfred Strange (not a doctor) won 20 caps for England in the 1930s, before becoming a poultry farmer. Cuthbert Burnup Ernald Scattergood

​He actually did become a ref.

Later on in 1976, England gave Arsenal goalkeeper Jimmy Rimmer (above) a runout in a friendly against Italy. The unfortunately-named stopper let in two before half-time and was given the hook as the Three Lions recovered to win 3-2.

Just Happy to Be Here 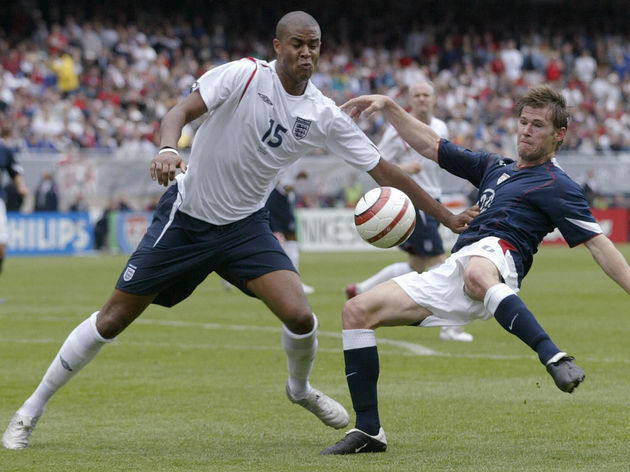 As well as picking players on the basis of how ridiculous their names will sound in decades time, England managers have long upheld the noble tradition of throwing in the odd player who is very plainly out of his depth.

There is a school of thought among historians that this tradition may have originated in 1877 as Old Harrovians FC full back Morton Betts - notable for being the first player ever to score the winner in an FA Cup final - made his one and only England appearance...in goal. The Three Lions (predictably) did not keep a clean sheet that day but they did beat Scotland 6-3.

More recently, the likes of Neil Ruddock, Michael Ricketts, Francis Jeffers, Steven Caulker, Carl Jenkinson, Joey Barton and Seth Johnson have all won a cap each. They are all united by the common factor of not really being very good.

'The New Beckham' David Bentley, who famously refused to do stretching and retired from football by 29, got seven caps under Fabio Capello and spent them (by his own account) shouting 'Postman Pat' at the manager, who was unlikely to understand the 'banter'.

Jim 'Tiny' Barrett Snr, meanwhile, holds the record for the shortest ever international career. The West Ham centre half got injured four minutes into his 1928 debut against Northern Ireland and was never called up again. It's hard to imagine a League One star making the plane to a tournament with England these days but that's not always been the case. Oh no.

Wolves legend Steve Bull (then playing in the third tier) smashed his way through the glass ceiling at the end of the 1980s to earn a call-up, but to be fair he was banging them in. He even scored four times in 13 appearances and made the squad for Italia 90.

Less successful was nomadic, hot-head target man Jay Bothroyd who earned his one cap while enjoying a fine-but-not-outstanding season for Cardiff in the Championship in 2010.

Then-Preston striker David Nugent (pictured above enjoying a game of giant chess) famously maintains a 1:1 goals record for England seniors, having smashed home from approx. 0.001 yards out against Andorra in 2007 much to the chagrin of Jermain Defoe. And finally, in our trip down memory lane, we come to the last category of weird players to turn out for England; namely the not really very English.

In total, 37 players born outside of the country's borders have represented the Three Lions at senior level and far be it from me to question anyone's sense of national identity. However, there are a few exceptions...