​Germany have unveiled their new home kit for 2020, which combines the country's rich football history with modern fashion trends.

After the humiliation of crashing out of the 2018 World Cup, Germany are looking to bounce back with an impressive showing at Euro 2020 to reassert their dominance as one of the continent's powerhouses.

Available now in the DFB fan shop, in @adidas stores, or on https://t.co/VavD76bJNf 

On Monday, Germany unveiled the new kit - which will be on display when the team faces Belarus in Saturday's Euro 2020 qualifier - on their ​official website and social channels.

Manufactured by adidas, the kit is (naturally) predominantly white, but features 'hand-drawn' pinstripes across the shirt to give the jersey more of a modern feel. With a black collar and black, red and yellow accents on the sleeve, adidas have ensured that the kit retains some of the traditional aspects of Germany's shirts.

The shirt will come with black shorts and white socks, while goalkeepers will continue to wear a red strip, which has also been given an update to go along with the new release.

"I like the jersey, our partner adidas has done a great job again," Germany director Oliver Bierhoff said.

"They’ve found a fantastic blend between tradition and style, and above all, I am happy that we will be wearing the German flag again. I think that's a nice statement, and we will also be fulfilling the wishes of many fans in doing so." 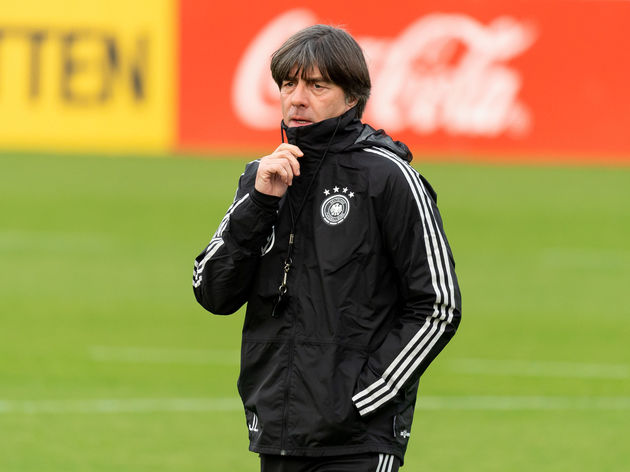 Germany are yet to seal qualification for Euro 2020, but their fate is still in their hands.