​Two goals in two first-half minutes set the foundations for Manchester United to enjoy a confident display over Brighton at Old Trafford, as the hosts went on to win 3-1 in Sunday's Premier League clash.

United took the lead in fortuitous fashion as Andrea Pereira's weak effort at goal took a wicked deflection and wrong-footed Mat Ryan in the Brighton net, before Davy Propper inadvertently turned into his own goal from an in-swinging free-kick to double the lead two minutes later.

Two half-time changes failed to inspire the visitors, who were always susceptible to the ​United counterattack, and had the crossbar to thank after Fred's effort was pushed onto the woodwork by Ryan.

Their fortunes changed shortly after, however, as Lewis Dunk rose highest to head home Pascal Gross' corner after some slack United marking.

With the game then in the balance, ​Marcus Rashford was picked out by Martial on a sweeping counterattack to slam an effort home via the crossbar. United should have added more goals before full-time, spurning multiple chances, but in the end leave Old Trafford with a fully deserved three points.

6 - Marcus Rashford has scored six goals at Old Trafford across all competitions in 2019-20 - only Sergio Agüero (9 at the Etihad) and Mohamed Salah (7 at Anfield) have netted more home goals among Premier League players. Super. #MNUBRI pic.twitter.com/UmqiKyjKtA

With ​Premier League clashes against Tottenham and Manchester City to come within the space of three days, earning maximum points against Brighton, Sheffield United and Aston Villa in the build-up will be crucial to create some momentum ahead of the double-header. 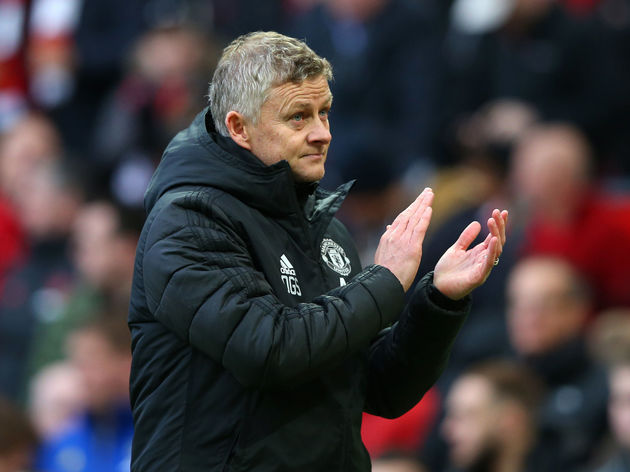 Starting positively, there was a clear plan to get at the visitors and put pressure on their full-backs through the pace of Daniel James and Rashford. The Seagulls' backline looked shaky every time United got at them, and the spaces left in behind as a result of Brighton's high press were granting Martial and co with plenty of room to run into.

Leading comfortably, slack defending from set pieces throughout the match finally paid its toll when Dunk headed home. But, the link-up play between Rashford and Martial has begun to show signs of developing in recent weeks and the two combined once again on one of the many threatening counterattacks Ole Gunnar Solskjaer's side had.

The third goal seemed to release the shackles off the Red Devils, who oozed confidence and should have added further gloss to the scoreline with some positive, attacking play. This is exactly what was required heading into the international break, with signs of improvement to that can be fine tuned and developed on over the next two weeks. 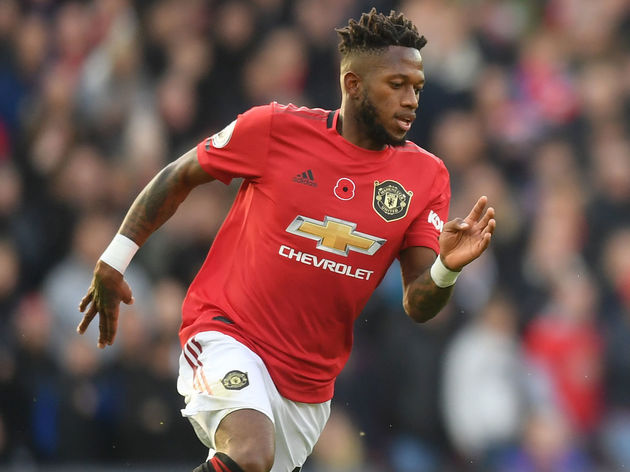 Seemingly from the depths of the reserve team, Fred has fought his way back into the first-team. Forging a strong partnership alongside McTominay in the heart of the midfield, his industry and work-rate have improved ten-fold in recent outings.

Picking up loose balls, tracking back when needed and playing incisive passes, the Brazilian is beginning to show glimpses of the £52m player they hoped they were signing from

This is Arguably Fred’s best match in a United shirt, up there with the away game at PSG

Fred’s best game in a United shirt by a country mile today. #mufc

On what planet is 6ft 7in Dan Burn a fair match for speed-merchant James?

The only surprise was that the giant defender didn't get booked for hauling the Welshman down sooner. The pace of the United forwards was too much for the ​Seagulls players to handle throughout the 90 minutes and, against pacey forwards, it's a huge risk to deploy such a high line when the opposition will have you on toast. The decision to leave Gross out of the starting lineup was an intriguing one from Graham Potter, with the more defensive-minded pair of Dale Stephens and Propper not doing enough to bridge the gap between midfield and attack.

While United's failure to mark properly from set-plays handed the visitors a route back into the match, the fact of the matter is their defenders simply couldn't deal with the pace and power of Rashford, James and Martial.

Brighton's season will not be judged on these clashes, and the insistence to play out from the back is something that will cough up positive and negative results for Potter's side this season. However, all that aside, in the end some superior forward play from the hosts was just too much for the Seagulls to handle, who created very little with their possession all match. He was only on the pitch for 45 minutes, but Pascal Gross made the difference for the Seagulls when he was brought for the start of the second half.

Adding some creativity in forward areas, Brighton enjoyed their best spell of the match in the build-up to Dunk's goal. While Gross certainly didn't turn the game on his head, you wonder how different the outlook may have been had he of started.

This Brighton manager is Retarded why wouldn’t he start gross

Both sides will now take time away from domestic duties as we head into the international break. Following that, United are on their travels as they head to Yorkshire to take on Sheffield United on the 24th.

Meanwhile, Brighton are back at the Amex Stadium as they play host to Leicester City on the 23rd.