5 Classic Clashes Between Juventus & Milan Ahead of This Sunday's Duel

Juventus and Milan - the two most decorated clubs in Italian football history - face off on Sunday in what is always an anticipated fixture in the Serie A calendar.

Although the teams are currently separated by 11 places and 16 points in the league table, with the Old Lady in first and the Rossoneri in 12th, the meeting has historically been characterised as being a hotly-contested, top of the table clash between two heavyweights.

That's not the case anymore sadly, but don't worry. Let 90min take you back to the glory years - when Juventus vs Milan was one of the most competitive rivals in football. 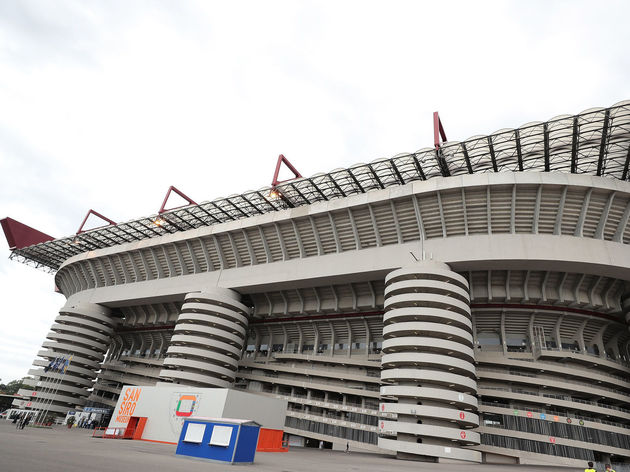 ​​A few months into the 1971/72 season ​Juventus would humiliate the Rossoneri in their own backyard on their way to narrowly winning the Serie A title by a single point.

In front of a capacity San Siro crowd, the Old Lady romped to a 4-1 victory courtesy of a brace from club legend Roberto Bettega and a goal from Franco Causio and Pietro Anastasi.

Bettega was affectionately nicknamed 'Bobby Gol' - due to his propensity to finding the back of the net - and his second strike in particular was magnificent.

Receiving a square ball from the right hand side, the striker let it roll through his legs before flicking it delicately past Fabio Cudicini - father of ex-​Chelsea stopper Carlo - in the ​Milan goal. Sublime. The season witnessed Hellas Verona's first and only Scudetto, while both Juventus and Milan finished outside of the top four.

In the midst of this peculiar season there was a memorable game between the two sides, with the Rossoneri securing a narrow 3-2 victory in February.

Playing up front for Milan was Englishman Mark Hateley, who had become a cult hero for the club three months earlier by scoring the winner in his side's derby against ​Inter. Not bad for a striker who had turned out for second division Portsmouth a season earlier. 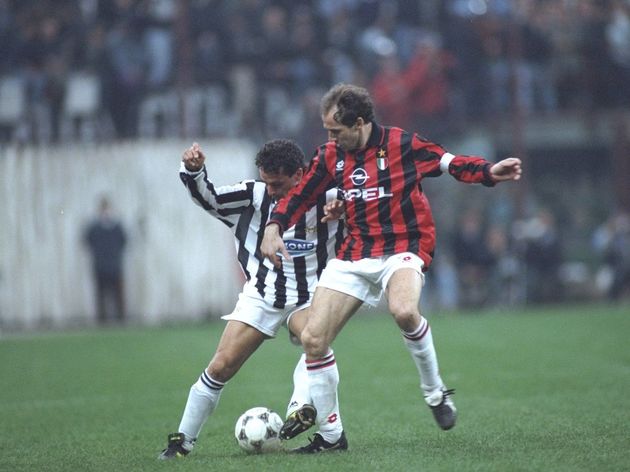 It was a season to forget for the Rossoneri as they eventually finished in 11th but even still, the result was still a real low point in the club's recent history.

Juventus - who boasted stars such as Zinedine Zidane and Christian Vieri - were utterly mesmerising, scoring goal after goal as more and more red smoke filtered down onto the pitch, courtesy of the flares being proudly wielded by the Milan ultras.

It was no surprise when Zidane, Vieri and co. went on to lift the club's 24th Serie A title one month later. 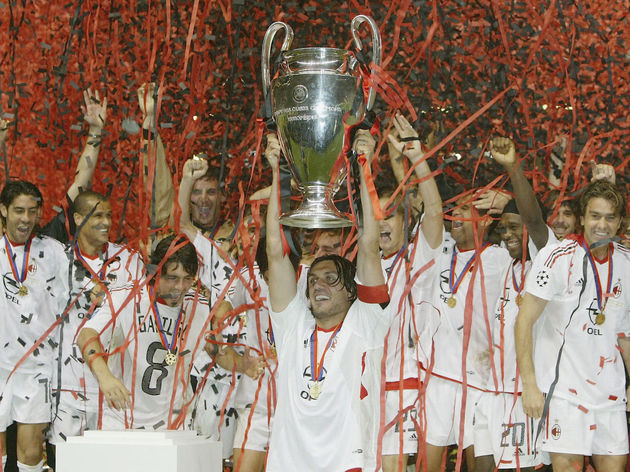 ​After Juventus stormed to the Serie A title during the 2002/03 season, Milan had a chance to exact revenge on their rivals in the Champions League final.

Both teams oozed class, with the likes Edgar Davids, Alessandro Del Piero and David Trezeguet lining up for the Old Lady, while Milan boasted an ageing Paolo Maldini, Andrea Pirlo and Andriy Shevchenko in their starting XI.

The game itself was low on goalmouth action with the intrigue coming courtesy of the intense tactical battle between the two managers: Marcello Lippi and Carlo Ancelotti.

With the game remaining goalless after extra time, misses from Trezeguet, Marcelo Zalayeta and Pablo Montero in the penalty shootout allowed Shevchenko to slot away his spot kick and ensure Milan won the competition. ​A red card to Milan full back and former Juventus man Gianluca Zambrotta helped the Old Lady secure a 4-2 win over the Rossoneri during the 2008/09 campaign.

The two sides finished level on points in the league that season and this result gave Juve the edge on head-to-head record, meaning they finished above their rivals.

Featuring for Milan was 2005 Ballon d'Or winner Ronaldinho and he provided an assist for his compatriot Alexandre Pato to score.

Ultimately though, even a bit of Brazilian magic was not enough to galvanise the Rossoneri and a brace from Amauri, as well as goals from club legends ​Giorgio Chiellini and Alessandro Del Piero, was enough to secure Juventus an easy victory.