Man Utd vs Brighton: 7 Key Facts and Stats to Impress Your Mates Ahead of Premier League Clash

Manchester United welcome Brighton to Old Trafford on Sunday - the side two points and two places above them in the Premier League.

United will be looking to (finally) get their season up and running this weekend. Ole Gunnar However, they were brought back down to earth with defeat at Bournemouth.

After confirming progression in the Europa League on Thursday, a win on Sunday will lift United above their weekend opponents and could see them move as high as eighth.

 Here's how we stand ahead of tomorrow's @premierleague contest. Brighton are have some pretty serious history to overcome if they are to leave Old Trafford with three points.

United have never lost in their previous 11 home fixtures against Brighton in all competitions, winning nine and drawing two.

Brighton have taken just one point from the 18 available at Old Trafford in the top flight (W0, D1, L5), when they recorded a 1-1 draw at the Theatre of Dreams way back in March 1983. A Proud November Record to Uphold In November 1996, United lost 2-1 at home to Chelsea. The Red Devils haven't lost a league game at Old Trafford in November since (W34, D7).

This is the longest unbeaten run in a single month in the competition's history. Although Man Utd are enduring their worst ever start to a Premier League season, at least they've still got that proud unbeaten home record in November to shout about. Every cloud.

No Away Wins Against the Big Boys It's fair to say Brighton are yet to thrive with the underdog tag away from home in the Premier League.

Against the six ever-present Premier League sides - Arsenal, Chelsea, Everton, Liverpool, Manchester United and Tottenham - the Seagulls have picked up just one point from a possible 39 away from home (W0, D1, L12).

Brighton don't have a prolific scoring record in these fixtures either, with just three goals in 13 games.

All Eyes on Rashford 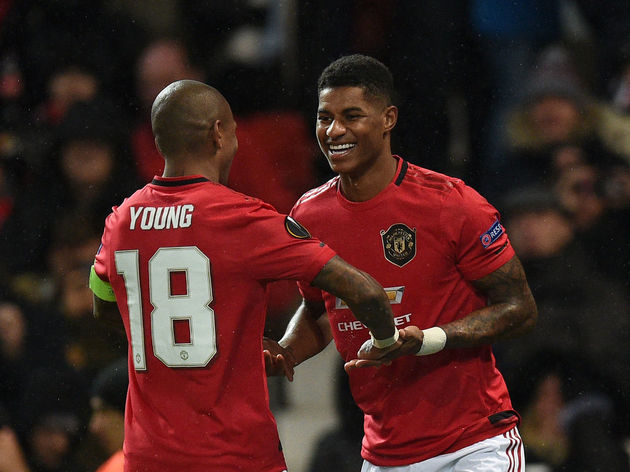 United have recorded just three victories in the Premier League this season, with Marcus Rashford ​scoring the winner on each of those occasions.

Two of those three winning goals have come from the penalty spot. No player has scored more winning goals in the Premier League this season than Rashford.