The saying goes that the league never lies. Or something like that. Well, it does.

Why? Because​ Watford are better than the league table suggests and Quique Sanchez Flores has actually done a great job since taking over as manager.

​​The Hornets secured their first three points of the season on FridayYes, they've had to wait until their 12th game of the season for their first win but have now propelled themselves off the bottom of the table with Friday's opponents ​Norwich now propping up the Premier League table.

Even though this win took so long to come, Watford were deserving winners and showed last night that they have the tools to get out of the relegation battle and re-establish themselves as a mid-table side. 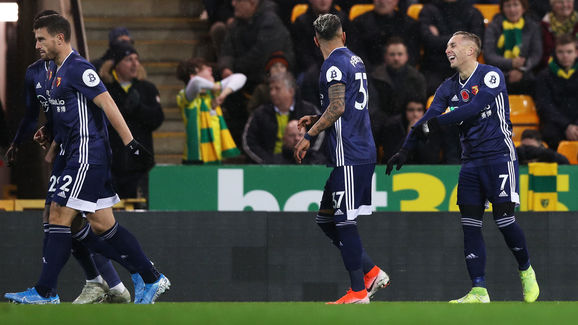 Last night's performance showed Watford fans that they are not dead and buried yet. Flores' side looked solid at the back (even after going down to ten men) and looked dangerous going forward with Gerard Deulofeu running the show with flair and Barcelona-esque movement.

They deserved to beat Tottenham when VAR controversy led to a 1-1 draw, showed heart against Arsenal to salvage a 2-2 draw having been 2-1 down and are now starting to keep clean sheets. This is mainly down to bringing back Quique Sanchez Flores.

”This win is especially for the fans, in my name and for the players as well, this win is for their long wait for three points. They are amazing and I love them.”

​It had been reported that Flores was already under pressure but it appears he is the perfect man to lead this team away from the bottom three. Tactically astute, a calm demeanour and adored by the fans, it's the perfect match. More importantly, however, is that the win on Friday night showed that they now have some attacking potency, too.

The system has been put in place to give Watford the foundation of keeping a clean sheet, which they can then build on - and last night they did. The pressing high up the pitch forced Norwich into mistakes and Deulofeu and Andre Gray took these chances, gratefully.

Indeed, the system still needs work if Watford are to go from strength to strength. Daryl Janmaat was often out of position in the right wing back area which left Christian Kabasele exposed. This fortunately didn't result in a goal for Norwich - but Kabasele did see red after two bookable offences. 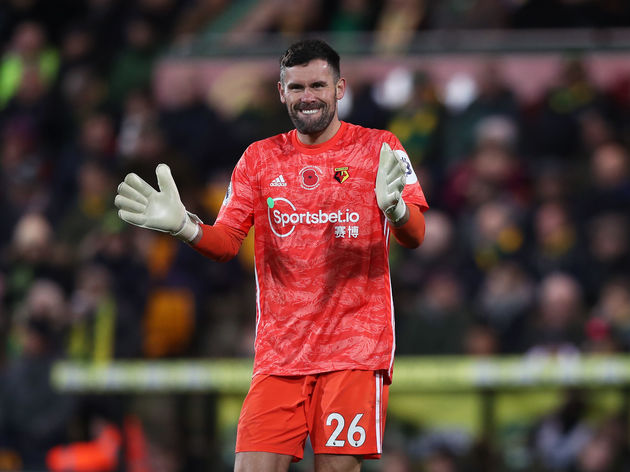 Part of this attack that secured Watford the three points was the enigma that is Gerard Deulofeu. He is Watford's best attacking player, full stop. ​Troy Deeney probably is more important to the team because of his presence, but Deulofeu has the most quality and talent.

He opened the scoring after capitalising on a mistake from Emi Buendia - but still had 30 yards to run before he scored. He showed glimpses of why he was so hyped up as a youngster whilst at Barcelona. His finish was sublime tucking it past Tim Krul.

If Deulofeu can emulate this sort of performance consistently for Watford and become their talisman leading the line, there is no reason why he can't score double figures in the Premier League and lead this team up the table.

Deulofeu saying to Kelly Cates and Gary Neville that he can’t speak because of the Watford fans chanting his name as it makes him happy. Don’t tell me that man doesn’t care

It is as if Deulofeu is playing a different sport to every player out there. When he’s on it...

Finally, it seems, Watford are becoming the team that have been solid in the Premier League for the past few seasons. The win over Norwich may prove to be a turning point in their season - as they have new hope in their battle for survival.

It is, still, only November and we are not yet a third of the way through the season. There is a long, long way to go. But, Flores has made this team competitive again - and with injured players coming back like Deeney, Ismaila Sarr and Etienne Capoue, this Watford team can only get better.

With a favourable fixture list coming up - which sees Flores' charges play Burnley, Crystal Palace and Southampton in their next four, the Hornets have a great chance of separating themselves from the bottom three.

The pressure that was supposedly mounting on Flores should've eased, but he's not out of the woods yet. However, the signs of improvement are there, with plenty of reasons to be optimistic now sweeping across Hertfordshire.