​The 25-year-old has impressed for the Blades this season, playing the full 90 minutes in all but two of their Premier League matches. They sit sixth in the table ahead of Saturday's trip to the ​Tottenham Hotspur Stadium.

Lundstram joined United from Oxford United for a fee of around £700,000 in July 2017 and his contract is due to expire at the end of the 2019/20 season. After scoring three and assisting once in his opening 11 games, the Blades will be keen to extend his contract to fend off interest from any potential suitors. 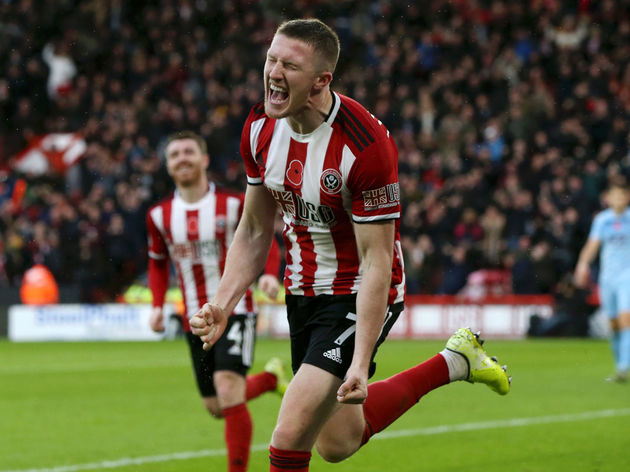 Despite recent links with a move away from South Yorkshire, Wilder has reiterated his desire to tie the Englishman down to a new contract, stating as quoted by The Star: "I spoke to John well before the end of the season that he wouldn't be going anywhere.

"I told him there would be a role for him, that he had to come back and hit the ground running. And he did that. So full credit to him for getting himself right and believing what we said."

Lundstram netted twice in Sheffield United's last Premier League outing, a 3-0 win against Burnley at Bramall Lane, with Wilder claiming: "We felt he would have a huge part to play.

Acknowledging a potential exodus of players following a strong start to the season, Wilder remains keen on securing long-term deals for some of his players, adding: "There's a number of players we are looking at, at improving their contracts.

"There will be a ceiling. We see the figures in the PL. A few weeks ago, a player who didn't get into Arsenal's 18 was earning more than my entire squad. "But of course we want to build from this group and John is part of that. We're looking at January, because it's important the club doesn't stand still, and we want to invest then to give ourselves the best opportunity to progress. We can't stand still."

The Blades face a tough test away to Spurs on Saturday, before a huge clash against Manchester United at Bramall Lane at the end of November.