​The pressure on Barcelona manager Ernesto Valverde appears to have increased after reports of frustration at board level over Junior Firpo's lack of action emerged.

First-choice left-back Jordi Alba missed four matches in early autumn due to a hamstring strain, with the Spaniard suffering a relapse in the week. However, Spanish news outlet Sport that club officials are perplexed and concerned by his reluctance to play the 23-year-old, further straining his already rocky relationship with the board.

Though Valverde appreciates the youngster has plenty of power and speed, he is said to have concerns over the Spain Under-21 international's technical ability.

Junior scored his first goal for the Catalans in a 2-0 victory at Getafe on 28 September, but even that performance has not prevented Valverde from preferring Nelson Semedo as Alba's deputy, despite his natural position being on the opposite flank.

This latest revelation follows on from ​recent reports that have 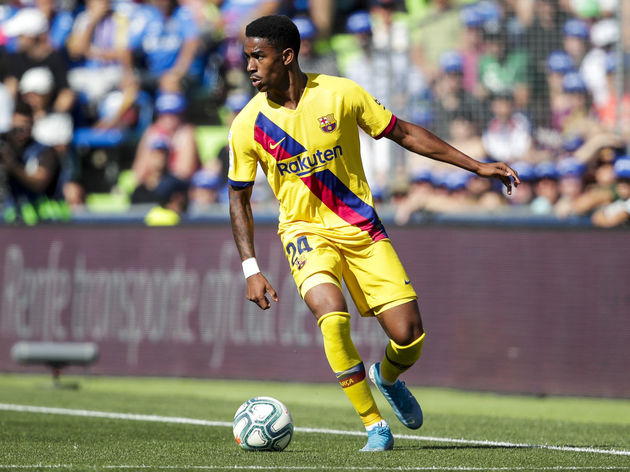 Failure to beat Slavia Praha in the Champions League midweek has made things worse, and the clash with ​La Ligatable-toppers Real Sociedad by just a single point, having played two less games than the Basque outfit.