Udinese midfielder Rolando Mandragora and Sassuolo forward Domenico Berardi are also included in a largely experimental squad, while Emerson Palmieri, Alessandro Florenzi and Federico Chiesa are all recalled after missing out last time around. 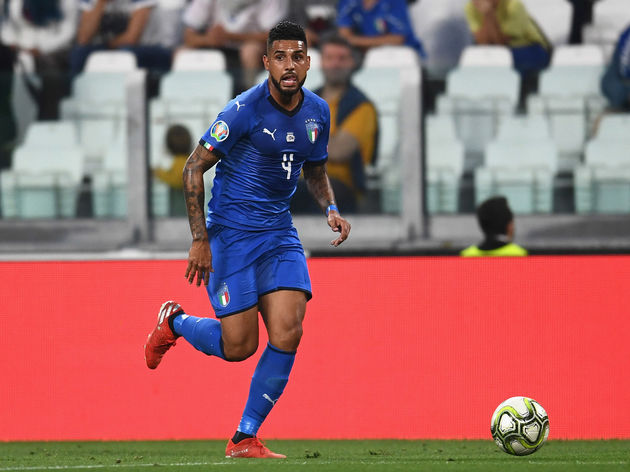 Rising star Sandro Tonali misses out on a place in the senior side despite his rapid rise to prominence, and there is no room for Inter midfielder Stefano Sensi or Roma's Bryan Cristante.

The youthful nature of Italy's squad is evidenced by their lack of experience at international level. 15 of the 29 players included have less than ten caps under their belt, with Leonardo Bonucci the only player to have represented Gli Azzurri on more than 50 occasions - he has 93 caps to his name.

Italy will travel to Bosnia on 15 November before returning home to host Armenia in Palermo on 18 November.

They have already qualified for Euro 2020 after winning all eight of their Group J qualifying matches so far and are nine points ahead of Finland in second place, having scored 25 goals in that time, conceding just three.