​Chelsea are playing an end of season match in the US in aid of a campaign against anti-Semitism, something that has become important to the club in recent years as there have been numerous cases reported against Blues supporters.

Despite the good cause, the match has its critics, surely such a match could have waited until after their Europa League final clash with London rivals, Arsenal? 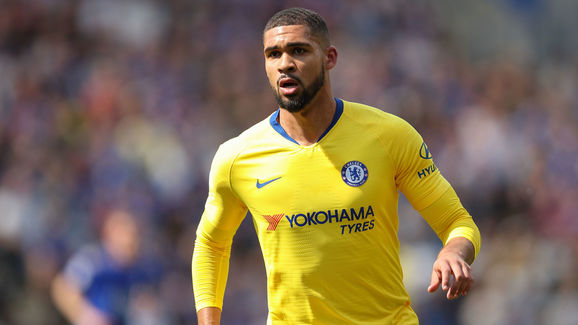 Blues fans are praying that the match goes without a hitch, b

It's agony - a ruptured Achilles tends to be. In a flash, the England man is out of the Europa League final, summer Nations League tournament and the opening months of a new season under new boss Frank Lampard which has seen academy graduates becoming central to Chelsea plans.

Loftus-Cheek had finally begun to cement his place as a key member of Chelsea's midfield, but it already been six months since his injury and ​has offered no return date for him

Loftus-Cheek consoled by Chelsea’s other academy prospects - including Reece James - as he leaves Gillette Stadium on crutches (via @ChrisWondo) #cfc pic.twitter.com/5SDl0HP7ZZ

Jorginho, Mateo Kovacic, Mason Mount and N'Golo Kanté are supplemented by Ross Barkley, the young Billy Gilmour and a versatile Reece James. The Blues midfield is up there with the very best around at present and with the team in such fine form you're inclined to ask what Loftus-Cheek can add to the attack.

Well, the answer is quality, physical presence and and attacking threat. Loftus-Cheek is by far and away the tallest and strongest midfielder at Stamford Bridge and after starting his career as more of an attacking midfielder, has plenty of tricks up his sleeve too.

Lampard likes his teams to be able to play comfortably in tight situations and the Lewisham-born man is adept at this, featuring 24 times in the league under Maurizio Sarri last season, who employed a similar philosophy.

But there is a danger that Loftus-Cheek could end up moving on after his injury problems, no matter how much quality he has, his career at the Bridge has never really got going. 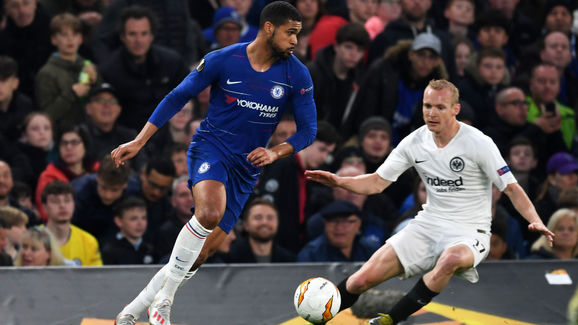 The 23-year-old is a victim of what has become the traditional Chelsea way over the past 16 years or so, preferring quick fixes in terms of personnel over a clear plan and structure. It has meant that academy products, from what is widely considered to be one of the best in the world, have been left out for marquee signings.

While it has worked - Chelsea are the most successful English club of the decade- their transfer ban has forced them to rethink things.

The embargo could have forced Lampard and Chelsea into damage limitation mode, but it hasn't, the young Blues are flying and are still in touch with champions Manchester City when it comes to the current table.

It means that when the Europa League champions do come to the end of their transfer ban, be it in January or in the summer, they are in a very strong position. Academy graduates proving their worth and money saved from a forced lack of transfer activity means that in the minimal areas Chelsea need to improve, they can spend big.

But the very thing that makes Chelsea such a prospect could force Loftus-Cheek to call time on life at the Bridge if he is unable to get back into the team.

Lampard says Rudiger is out for three weeks. Loftus-Cheek isn't close and adds to me that his squad have done well to cope without key players for so long #CFC

Whether the former Crystal Palace loanee has the quality to succeed at Chelsea might be irrelevant, the fans think he does, his patience suggests he does, but time is his biggest enemy and at 23, his career has been stop-start at best. He needs regular football and at this age, if it can't be found at Chelsea, he may have to look elsewhere.

Lampard could be his saving grace though; if you want to employ a philosophy of academy graduates becoming what the team is built around, then Loftus-Cheek will be ready to step up. You'd imagine a return to full fitness by the end of 2019 could be vital though.