Turner already plays alongside current England defender Abbie McManus every week for United and has been outperforming the former Manchester City player so far in 2019/20.

The 23-year-old Turner is not the quickest across the ground, but she is a tall, physical presence and reads the game well. She is calm and composed and her lack of pace is rarely exposed because she is able to anticipate danger and position herself in the right place to snuff it out.

After playing top flight football with Everton and then Bristol City since the age of 17, Turner made the switch to Manchester in 2018 to form United’s brand new women’s squad.

She started every game in all competitions last season, the only player to do so, as the re-formed club stormed the Women’s Championship. They dropped just four points and scored nearly 100 goals in 20 games, while Turner’s defence conceded only eight.

United manager Casey Stoney played 130 times for England during her own career and is revered as one of the best central defenders of her generation. Turner could hardly ask for a better mentor and seems to be getting better and better with each passing game. 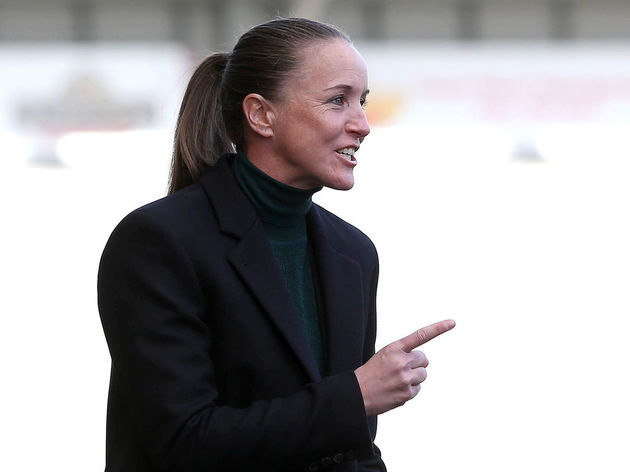 This is not Turner’s first spell at United. She was briefly at the club as a teenager in 2013, choosing United ahead of offers to link up with Liverpool and Everton. She had started her junior career at local club Stockport County, before moving on to Manchester City and Crewe.

Turner also spent a year of her youth in the United States, where some of the best players in the world learn their trade. Those experiences growing up appear to have served her well and it was after returning from America that she eventually joined United’s junior ranks.

But with United operating no senior women’s team at that time, Turner had to leave in order to further her career. It was then that she joined Everton, playing in the WSL for the first time in 2014. The player moved to Bristol in 2017 and was made captain six months later, aged 21.

Turner’s player profile on United’s official website describes her as a ‘born leader’. When you watch her play, that is the conclusion you will swiftly reach as well. The transfer back to United in 2018 meant that Turner had to drop out of the top flight, but so many other top players were also prepared to do so, including England’s Alex Greenwood – now with Lyon – because of the journey the Red Devils were about to embark upon.

Not for a moment has Turner looked out of place back in the WSL this season. United had a tough start, facing double domestic cup winners Manchester City away and reigning champions Arsenal at home in their opening two games. The team narrowly lost both, but they have now won five in a row in all competitions since.

Turner’s defensive quality and consistent form has been a key reason why.

Turner was just 16 when she played for England for the first time at Under-19 level. Now, a first senior call-up surely has to come in 2020. The Lionesses are crying out for her.