Southampton vs Everton: 4 Key Facts & Stats to Impress Your Mates Ahead of Premier League Clash

​Southampton host Everton in the Premier League on Saturday, with both teams desperate to pick up some  good form.

The home side have become the laughing stock of the Premier League, following their 9-0 defeat at the hands of Leicester in their previous home game. However, their fans will be hoping the Saints can make amends.

Here's the #SaintsFC side for this afternoon's game against #EFC: pic.twitter.com/x9W06zFNAU

Everton have been bitterly disappointing throughout the early stages of the season, and find themselves in 17th, one place above Southampton. However, they will be confident that they can get a result at St Mary's, given the hosts' recent form.

Here are some key facts that will impress your mates ahead of this crucial fixture at the foot of the table. ​If Everton were looking to pick up their form at St Mary's, then history suggests that the Toffees will have to wait a bit longer. Southampton have been victorious against Everton on five of the last six encounters between the two on the south coast.

Everton's last victory in Southampton came in August 2015, when Romelu Lukaku scored a brace and Ross Barkley finished the job off. Since then, it has been all Southampton.

The Saints have won 11 Premier League home games against the away side, and have only beaten Newcastle on more occasions on home turf (12).

The Toffees are winless in their last eight Premier League away games, and lost each of the previous four. However, there is hope, Everton fans, as ten of their last 13 away wins have come against sides placed 15th or below. The hosts have lost each of their last three home games, and have not won at St Mary's since April, when they beat Wolves 3-1. After such a humiliating home defeat against Leicester, will Southampton finally shift into gear?

They have not lost four home league games in a row at St Mary's, and last endured this feat at the Dell in 1998. The fact that they have conceded 19 goals in five home games does not bode well, though, a stat which has not been surpassed since the 1930/31 season.

The only team to pick up fewer points in their first five home games than Southampton in the Premier League era was Birmingham in 2005/06, who were relegated. No side has seen more 90th minute goals in the Premier League this season than Everton. Their previous three games have involved last minute strikes, with two directly impacting the result. The Toffees have been involved with four 90+ minute goals this term, two for and two against.

So, if things are petering out towards a 0-0 draw, don't be surprised if you hear a late roar on the south coast. 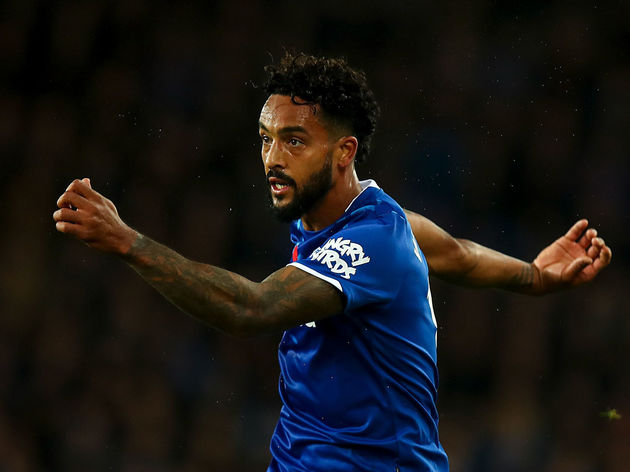 ​Theo Walcott has been involved in six goals in his last four appearances against Southampton, scoring five and assisting one, so expect Southampton to keep a close eye on him.

On top of Southampton's poor form, only two players have scored the Saints' last five goals, James Ward-Prowse (two) and Danny Ings (three). Should those two fail to perform, it could be a long afternoon for the Saints.