​Tottenham have confirmed neither Jan Vertonghen nor Erik Lamela will be in the squad to face Sheffield United in their Premier League clash on Saturday.

Both the central defender and the attacking midfielder are struggling with hamstring problems and missed the 4-0 Champions League success against Red Star Belgrade on Wednesday. They join Hugo Lloris as Spurs' current absentees.

Eric Dier featured in central defence during that victory in Serbia but Toby Alderweireld is expected to come back into the side in place of the 25-year-old, with Davinson Sanchez likely to start again.

Lamela's absence may open up a spot for Lucas Moura in attack, though Tottenham fans are eager to see Giovani Lo Celso's encouraging performance in midweek rewarded with another start against the Blades. Christian Eriksen could also be involved in the starting XI after coming off the bench to score against Red Star.

In other team news, Son Heung-min is available after his red card in the 1-1 draw with Everton on Sunday was overturned, while Danny Rose could come back into the team after serving a one-match suspension for accumulation of yellow cards.

Serge Aurier could also return after Juan Foyth deputised for the Ivory Coast international in the Champions League.

Tottenham are three points behind Saturday's opponents and are winless in their four ​Premier League games, with their domestic campaign still yet to spark into life amid some pretty shoddy and lacklustre performances. 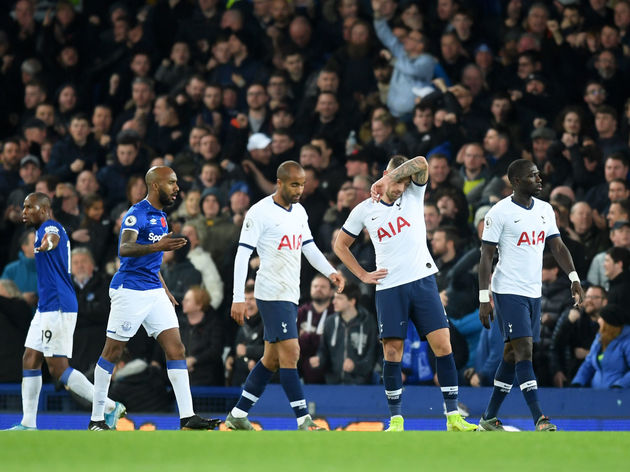 ​Sheffield United have already beaten Arsenal this season, while they only lost to Liverpool due to a horrendous error from goalkeeper Dean Henderson.

The two sides haven't faced each other since a two-legged EFL Cup tie back in 2015. Spurs won the first leg 1-0 and scraped through to the final of the competition with a 2-2 draw at Bramall Lane, both Eriksen and Che Adams scoring braces.