​It wasn't a bad game on Tuesday, was it?

In midweek, we saw yet another spectacular Champions League night at Stamford Bridge, as Frank Lampard's Chelsea battled back from 4-1 down to draw 4-4 against last season's semi-finalists, Ajax.

Despite qualification into the knockout stages of that competition hanging in the balance, the Chelsea fans will be thrilled with the Blues' start to the Premier League season under their new boss.

A 'tighter than what it should've been' win over Watford last weekend kept their impressive win streak on the road intact and left the west London outfit fourth in the table, just two points off Manchester City in second.

After their midweek thriller, attention now turns to Crystal Palace and the early kick-off on Saturday.

Palace have exceeded many people's expectations early on - collecting 15 points from their opening 11 fixtures, leaving them ninth in the table. Under Roy Hodgson, they've been a tough side to beat, and there's no doubt that Lampard's men will have to be at their best if they want to walk away with another three points on the weekend.

So, before you settle down to watch another heart-stopping weekend of Premier League football, be sure to check out a few of these stats for the clash at the Bridge down below - provided by the good people at ​O​pta. Chelsea have enjoyed success against Palace in recent times -

However, since returning to the top-flight in 2013/14, Palace have won four of their 12 league games against Chelsea, double how many they’d beaten the Blues in their 22 previous top-flight encounters between 1969-2005 (W2 D9 L11). It's their best run since winning five in a row between October and December 2014 under José Mourinho.

They Do Love Playing Away Frank Lampard could become the seventh English manager to win six consecutive Premier League matches and the first since Alan Pardew in April 2012 with Newcastle United.

Not bad for a 'novice' in the managerial world. 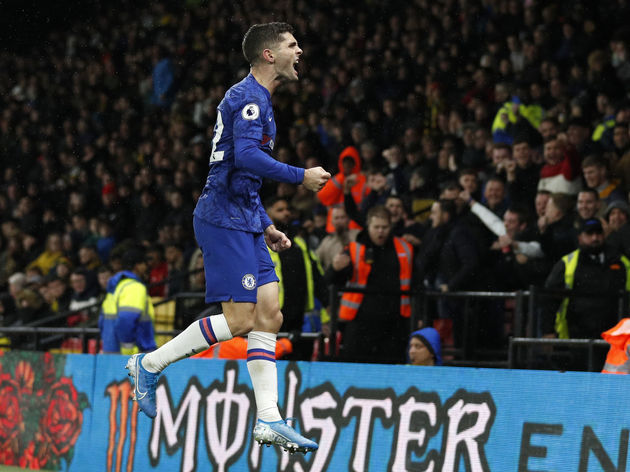 After struggling for game time at his new club, former Dortmund After a mightily impressive start to the season, Tammy Abraham has cemented himself as one of the finest strikers in the division. After scoring on just two occasions for the Eagles last season, Jordan Ayew has enjoyed a fine start to the season - scoring four times in ten games.

If he adds to his goal-scoring tally on Saturday, ArsenalManchester United