After back to back draws in away games in the league, Atleti will look to record a much-needed victory on Sunday in front of their home fans at the Wanda Metropolitano Stadium.

While Atletico are fourth, they are just one point behind league leaders Barcelona – meaning if they can string a run of form together, they could be in a strong position by Christmas. Sunday’s opponents Espanyol are the perfect opposition for Diego Simeone’s men to face to start this run, as they have really struggled so far this term in La Liga - collecting just eight points from their opening twelve games, leaving them sat in 19th.

This wretched form led to David Gallego being fired and new manager Pablo Machin being appointed as boss at the start of October. After picking up one win in his opening four league games in charge, he’ll be desperate to pull off a shock on Sunday. Firstly, defensive pair Stefan Savic and Jose Gimenez are both major doubts for the game, with both picking up muscle injuries in October which they are yet to return from. Alongside this, right-back Kieran Trippier did return to the bench for the match against Bayer Leverkusen in the ​UEFA Champions League on Wednesday night, but a return to the starting eleven may have to wait until after the international break.

In the forward department, young star Joao Felix will again miss out with an ankle injury he sustained against Valencia last month. In more positive news though, Thomas Lemar, who was withdrawn at half time last weekend in La Liga, did feature against Leverkusen on Wednesday from the bench and is expected to be involved on Sunday.

Meanwhile, Espanyol will be without attacking duo Pablo Piatti – who has a thigh strain – and Jonathan Calleri, who has missed the last five games with a hamstring injury.

Forward Facundo Ferreyra looks likely to start up front after scoring his third goal of the season in the UEFA Europa League against Ludogorets on Thursday night. Last season at the Wanda Metropolitano, Antoine Griezmann’s second-half strike gave Atletico a 1-0 victory before Espanyol earned their revenge in May, picking up a 3-0 win.

They have drawn their last two away games 1-1 against Deportivo Alaves and Sevilla, with Alvaro Morata striking in the second half in both games to ensure they did pick up a point.

However, Real Madrid and Barcelona have both made inconsistent starts to the season, leaving the title race wide open for any number of competitors. 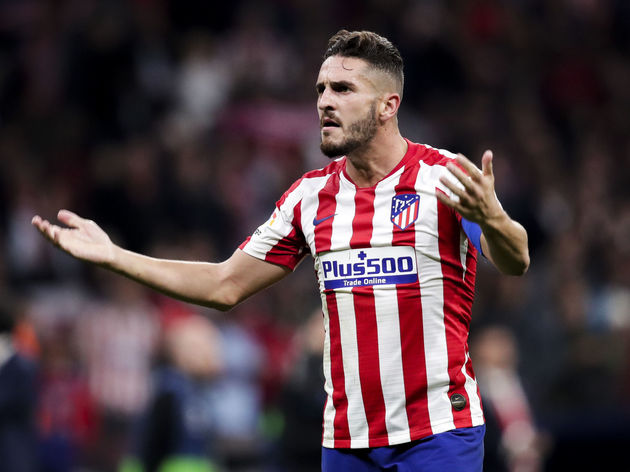 Meanwhile Espanyol, as alluded to already, have made a rancid start to the season and sit 19th after 12 games. Since the appointment of Machin on 7th October, they have picked up three wins from six games. However, only one of these wins has come in the league.

After leading at home to Valencia last weekend, they still lost the game thanks to a late turnaround by Los Ches.

Here are how both sides have performed in their last five games. While Espanyol have shown signs of improvement in recent weeks, leading for a long period last weekend against Valencia and thumping Ludogorets 6-0 on Thursday, they are still in real danger and are consistently finding themselves on the losing side in tight games.

Atletico should therefore have enough to pick up a sixth victory on Sunday and increase their unbeaten run in the league to nine games.