Duggan, who recently helped Atletico knock former club Manchester City out of the Women’s Champions League, has had to pull out after suffering a lower back injury. Stanway and Bonner had already been training with the rest of the Lionesses at the national base at St George’s Park, but have now been officially added to the squad for the Germany game and the follow up friendly against Czech Republic next week.

20-year-old Stanway is the reigning PFA Women’s Young Player of the Year and was part of the World Cup squad,

Earlier this week, City forward Ellen White, who became a household name during the summer’s World Cup in France, was called up for the first time since the tournament after recovering from injury. The additions of Stanway and Bonner have swelled the squad to 23.

Bristol City goalkeeper Sophie Baggaley has also been invited to train with England this week, but is not officially part of the match squad and won't be included on Saturday. 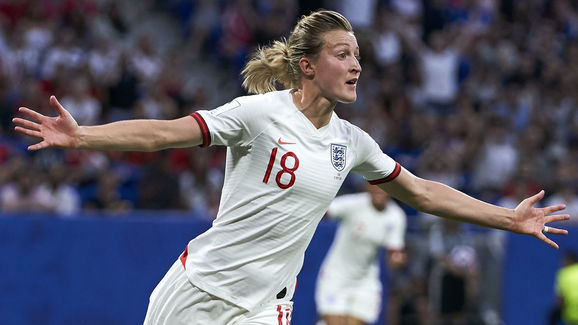 The updated full Lionesses squad is as follows:

We can FINALLY announce: @wembleystadium is SOLD OUT!

✨ Now...it's over to you. Turn up, be a part of history ✨ pic.twitter.com/H8LkHGTWFD

With all tickets at the 90,000-capacity venue sold, the Germany game is expected to set a new attendance record for a women’s football match in England. The current record is 80,203 when the United States played Japan in the 2012 Olympic final, also at Wembley.

After facing Germany, the friendly against Czech Republic on Tuesday will be a much lower key affair at a stadium with a capacity of 6,681 in the little-known city of České Budějovice.