​Barcelona talent Ansu Fati has expressed a hope that he can stay at the club for the rest of his career and his ‘whole life’, having made the breakthrough this season at the age of just 16.

Fati got an unexpected chance back in August when Lionel Messi and Luis Suarez were both nursing injuries. He then scored against Osasuna in only his second senior appearance for the club, while he got a goal and assist in his next outing against Valencia. 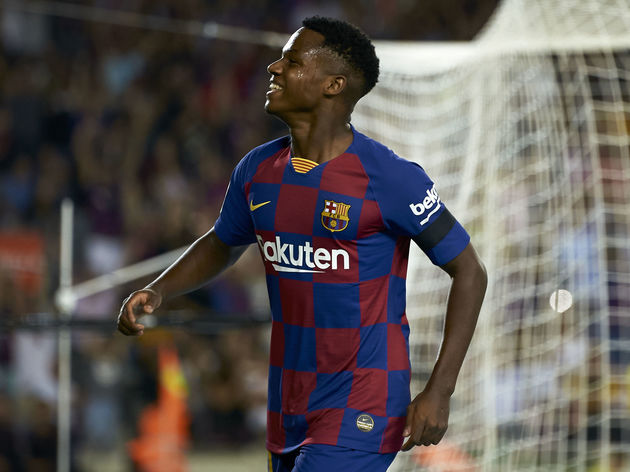 Chances understandably diminished as Suarez and then Messi returned to fitness, while Fati briefly had a minor injury problem of his own. But he has still played a part in each of Barcelona’s last three games in all competitions, including a start against Real Valladolid.

Although he recently turned 17 years of age, Fati will still be a teenager until October 2022 and could potentially be a professional player for up to another two decades. But he wants all that to be at Camp Nou.

“I had always wanted to be here and I want to continue growing. My dream is to be here all my life,” the youngster told Barça TV this week.

“[Scoring] against Osasuna was a dream, my first goal with the senior team. And then [scoring] against Valencia at the Camp Nou,” he said in further comments published by Marca. “I dreamed of that moment for many nights and it became reality. You don't believe it.”

If Fati does spend his whole career at Barcelona, he would follow in the footsteps of few others. Former captain Carles Puyol never played for another club during his illustrious playing days, while both Messi and Sergio Busquets are on course to do the same in the current squad.

Xavi and Andres Iniesta are also a huge part of the Barcelona story, but each went on to play for another team after leaving Camp Nou, showing just how rare a feat it is.