Prior to kick-off, United hadn’t scored twice in the first half of a game at Old Trafford since January. Thursday night was therefore a refreshing change from what fans have recently become accustomed to, with the team creating lots of opportunities throughout. 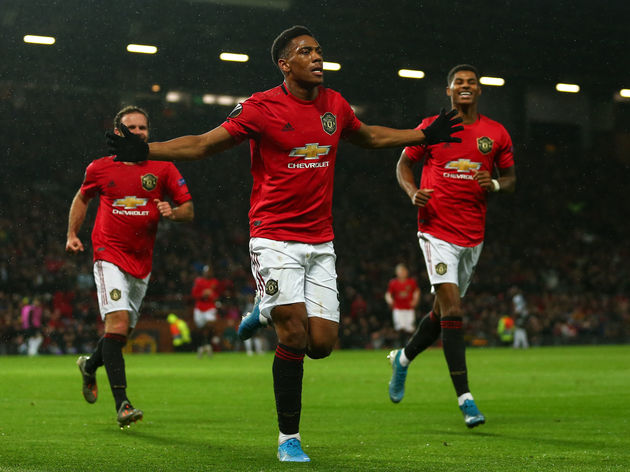 In the end, Mason Greenwood, Anthony Martial and Marcus Rashford scored the goals, but it could have been more. Rashford in particular will be disappointed he squandered a handful of chances before he eventually rippled the back of the net after half-time.

Now, Solskjaer wants to see more of the same in other games to come.

“Too many times we're 1-0 up and haven't got the second but these boys are learning and this will give them loads of pointers of how we play when performing well," the United boss is quoted as saying by BBC Sport as he reflected on the victory.

“The opposition is not the same as in the Premier League but these are still good principles.”

In Solskjaer’s words, this is now a ‘template’ to use looking forward.

​​Despite the strong win, the game did end on a sour note for United when Scott McTominay and Harry Maguire both suffered knocks. Maguire was able to continue and is expected to be ‘okay’ to face Brighton on Sunday, but there is a little more concern about McTominay.

“Let’s see how he recovers in the next few days,” Solskajer said in post-match comments published by the club’s official website.

“He said he was going to be okay out on the pitch and he said ‘I’ll be fine’. He’s tough, but he had to come off. But I hope he’ll recover for Sunday, but I don’t know. I think he went over on his ankle.”