​Wolves sealed a late victory to close in on the Europa League knockout stages on Thursday night, as they beat Slovan Bratislava 1-0 at Molineux.

Slovan Bratislava started the game well, Kenan Bajric and Myenty Abena both coming close before Wolves almost took the lead with their first chance of the night; Slovan goalkeeper Dominik Greif pulling off a fantastic reaction save to get across to Joao Moutinho's deflected shot.

Three minutes into the second half, Wolves won a penalty when Pedro Neto had his heels clipped by captain Vasil Bozhikov. Ruben Neves had the chance to put the hosts in front, but he was denied as Greif made an excellent save over to his right to keep it goalless at Molineux.

The penalty miss seemed to wake up Wolves, as they upped their intensity in pursuit of a breakthrough. Raul Jimenez guided Moutinho's pass towards goal, but Greif was equal once again to claw his effort away from goal, as the Slovak goalkeeper made another fantastic save.

The game looked to be heading for a stalemate, but Wolves snatched it right at the death in the 92nd minute. Traore whipped in a delightful ball into the box, and Jimenez was there to head home to break Slovan's hearts and snatch a huge win under the lights at Molineux. Wolves have a costly habit of starting slow, and that seemed to be the case once again at Molinuex. In what was an end-to-end game throughout the first half, they didn't manage to take their chances – or make any clear cut ones, for that matter – as they went into the break frustrated and goalless.

There was increased urgency in the second half and the penalty miss was unlucky, but the Midlanders kept their heads up and kept searching for the goal, although they continued to squander their chances.

Some hard work and battling play saw Wolves steal the three points in stoppage time. It was a hard-fought win on a frustrating and sometimes lacklustre night for Nuno Espirito Santo's side, but it sees them take a massive three points and a step closer to reaching the Europa League knockout stages. STAR MAN - If there was any creativity to credit from Wolves, it came through Adama Traore. The winger was causing problems all night long down the right hand side, twisting and turning as he created numerous chances for his side going forward.

While he was creating the most chances, his display wasn't perfect at times. His crossing was woeful all game long, failing to deliver one good cross...until the very, very end.

Adama traore is such a joy to watch, glad he’s finally getting the credit he deserves

Second half has begun. Traore seems fine, by the way. He's still on. #wwfc 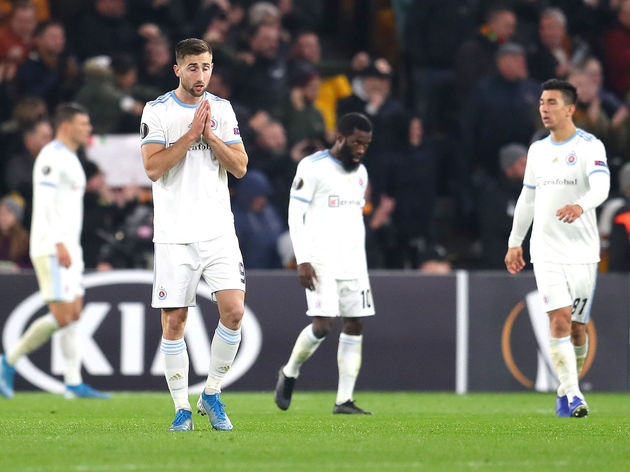 STAR MAN - Slovan Bratislava had only one standout performer, as goalkeeper Dominik Greif had an excellent game at Molinuex. The 22-year-old keeper made excellent saves time after time, and stayed equal to everything that Wolves threw at him.

Greif kept out wildly deflected shots, close-range efforts and even a penalty from a man who has only ever missed one career spot kick. It was a stunning display from Slovan's number one, who proved himself on the European stage with a well-earned clean sheet at Molineux.

Dominik Greif has made some great saves for Slovan tonight! #wwfc

Wolves 0-0 Slovan Bratislava at Molineux where Neves has had a penalty saved by the brilliant Slovan keeper Dominik Greif,22, who is making a name for himself tonight. Made x3 top saves so far

If Slovan Bratislava come away with the point, it's all thanks to Dominik Greif. He's been outstanding in goal, stayed equal to everything Wolves have thrown in him in what might prove to be a matchwinning performance Wolves are at Molineux for ​Premier League action next, as they host ​Aston Villa in the west Midlands derby on Sunday. They then wait two weeks before they return from the international break, travelling down south to face ​Bournemouth on 23rd November.

Slovan Bratislava will look to extend their lead at the top of the Slovak Super Liga, when they travel to Zlate Moravce on Sunday. The Slovakian champions then face a fourth round tie in the Slovak Cup, as they take a trip to Partizan Bardejov on 16th November.

Premier League done deals: Every 2022/23 summer transferBarcelona want Frenkie de Jong contract annulled due to 'criminality' behind agreementCesar Azpilicueta reveals why he did not join Barcelona