Manchester United confirmed qualification into​ the next round of the Europa League as they stormed to a 3-0 victory over Partizan at Old Trafford.

The game started dramatically, with both sides having the ball in the back of the net inside five minutes, although both Anthony Martial's effort and a potential Harry Maguire own goal were both subsequently ruled out for offside.

United scored their first legitimate goal of the night courtesy of Mason Greenwood, who finished off Marcus Rashford's pass clinically.

The Red Devils sprung into life after the goal and doubled their lead courtesy of a spectacular solo effort from Anthony Martial.

The game largely fizzled out after this point, but United won't mind as they secured a much-needed confidence-boosting win.

​After a very tepid performance against ​Bournemouth at the weekend, Ole Gunnar Solskjaer was expecting a strong response from his side - and boy, did he get one.

United's front three of Greenwood, Martial and Rashford were on fire, interchanging positions and zipping around with a renewed sense of purpose. Partizan simply could not handle them. 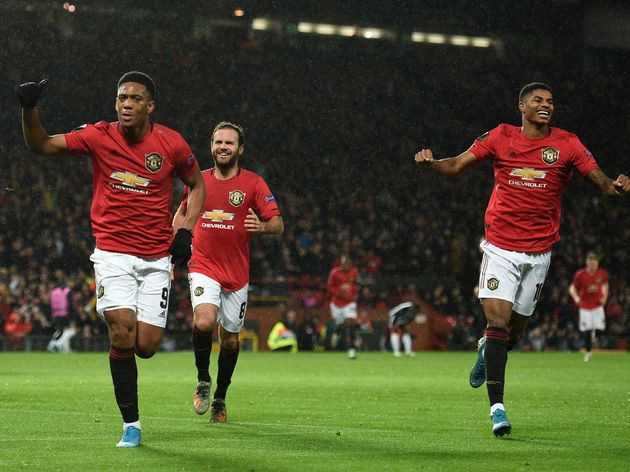 Martial's better performance at striker was a big factor in United's dramatic improvement. The Frenchman spearheading the frontline allowed Rashford to run at the Partizan defence from deeper positions, often leading to confusion in the Serbian side's ranks. What a performance from Anthony Martial, topped off by a spectacular solo goal. ​

Throughout the summer, Marcus Rashford was the man touted to be the most suitable to lead the United line as centre-forward this season, but on tonight's evidence Martial may just be more suited to the role.

The Frenchman was a constant menace to the Partizan defence, with his intelligent movement and explosive pace making him and absolute nightmare to contain.

Next up, United turn their attentions back to the Premier League. The Red Devils face ​Brighton at home on Sunday as they look to start moving up the table.

Partizan will also be re-focusing on league commitments. ​They face relegation-threatened Indija on Sunday as they seek to close the gap on league leaders Red Star Belgrade.