​Napoli host a struggling Genoa side in the Serie A ​at the Stadio San Paolo on Saturday evening as Carlo Ancelotti's side look to break into Italy's top four.

Gli Azzurri have not enjoyed the best of starts to the 2019/20 Serie A campaign and the players have responded by refusing a proposed training ground lockdown by owner Aurelio de Laurentiis.

The Naples side have won only five of their opening 11 games, drawing three and losing the remaining three games to sit in seventh place on 18 points. Despite their below par league position, Ancelotti has seen his side pick up valuable league wins against Fiorentina and Sampdoria, whilst also beating ​Liverpool 2-0 in the Champions League on matchday one. Under the guidance of Thiago Motta, Genoa have picked up two wins and two draws from their opening 11 games, losing the remaining seven. The Ligurian side have already beaten Fiorentina and picked up valuable draws against Roma and Bologna, whilst narrowly losing to AC Milan, Atalanta and Juventus. However a win is a necessity for I Rossoblu, as they remain only a point above the relegation zone.

With a win being an absolute necessity for both sides, this should be a tightly contested game with plenty of goals.

Ancelotti will remain without several first team players ahead of Saturday's match. Ancelotti will, however, be able to call on Allan after the midfielder was declared fit to play against Red Bull Salzburg, despite not making the 18-man squad.

Genoa have injury and eligibility concerns of their own coming into this fixture. Stefano Sturaro (cruciate ligament injury), Domenico Criscito (hamstring) and Andrea Favilli (bicep) are all sidelined, whilst goalkeeper Federico Marchetti is suspended following a red card against Juventus.

Saturday will be the 41st meeting between the two clubs, with Napoli registering 18 wins to Genoa's eight, with 14 games ending in a draw. 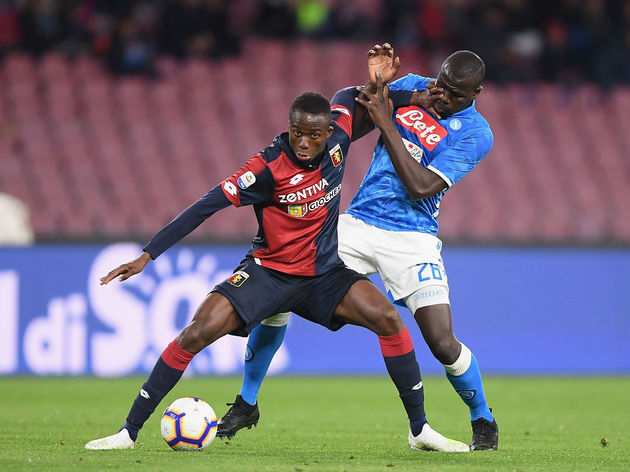 Neither side are in particularly good form heading into this match. Napoli have only won two of their last six games, one of which came in the form of a 3-2 away win against Red Bull Salzburg in late October. Dries Mertens has been in fine goalscoring form of late though, netting seven times in his opening 14 games of the 2019/20 season.

Whereas Il Grifone have only won one of their last six outings, a 3-1 home win against Brescia on the 26th October. In their last outing, Genoa succumbed to a 3-1 defeat against Udinese at the Luigi Ferraris Stadium, with Pandev scoring their only goal. With that said, here is how both sides have fared in their previous five fixtures.

Despite in-house troubles plaguing the Naples side, a win at home against a struggling Genoa side should be a formality. Dries Mertens can create a goal out of seemingly nothing and is more than capable of illustrating his attacking quality against Genoa, especially with the renowned strike force comprising of Lorenzo Insigne, Jose Callejon and – since his summer arrival – Chucky Lozano. 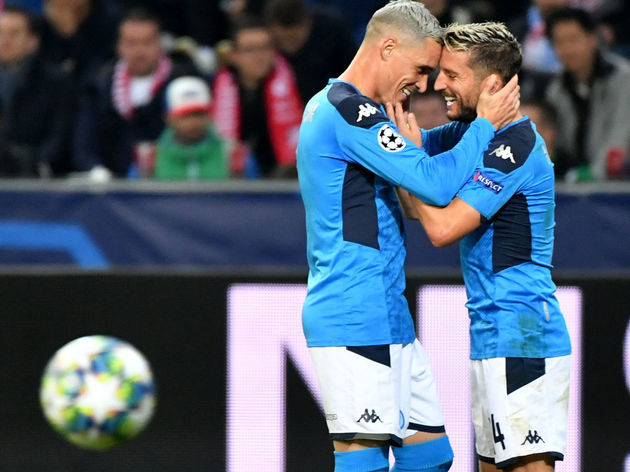 Despite playing some attractive football under Motta, il Vecchio Balordo have especially struggled away from home, conceding 17 goals in five away fixtures without winning a single one of those games.

Taking into account Napoli's goalscoring capabilities and Genoa's defensive fragilities, a Napoli win seems the most likely outcome on Saturday evening, with the Naples side needing a win to keep pace with league leaders ​Juventus.