​Manchester United are understood to have met with Red Bull head of sport and development Ralf Rangnick to discuss his experiences with former side RB Leipzig.

A former Leipzig, Schalke and Hoffenheim manager, Rangnick transitioned into his new role during the summer, and he is now in charge of helping Red Bull sides from across the globe scout and develop young talent. According to ​The Athletic, ​United sent a member of executive vice-chairman Ed Woodward's staff to hold a 'lengthy meeting' with Rangnick to discuss his experiences of setting up and maintaining Leipzig's academy and scouting network.

It is unclear whether United were simply looking for advice or whether they want to offer Rangnick a role at the club. The Red Devils are still looking for a technical director to help oversee their recruitment, and someone like Rangnick would certainly fit the bill, but it is uncertain whether United had that in mind during the meeting.

Speaking to ​The Guardian back in October, Rangnick was specifically asked about the possibility of working with United in the future, and he left the door open to a potential partnership with the Red Devils. “I am happy where I am but if any club wanted to speak to me, the question would have to be: ‘Can I be somebody who can influence areas of development across the whole club?’" Rangnick explained.

"Otherwise you are only getting half of what I am capable of. If, after that, you can work together in a trustworthy and respectful way, then you are more likely to be successful.” 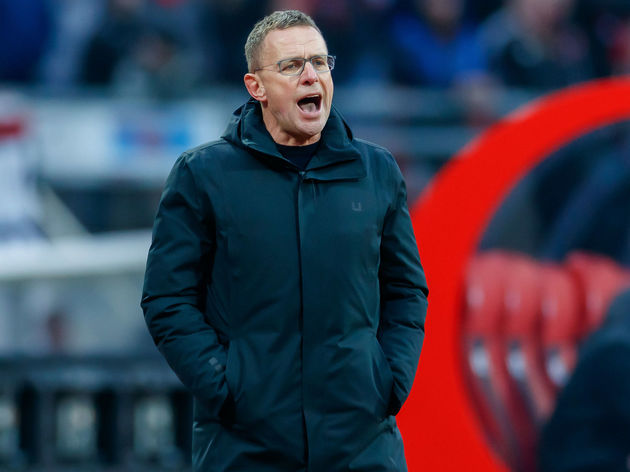 United's meeting with Rangnick came after his agent denied any interest in the vacant managerial role at ​Bayern Munich. The ​Bundesliga champions were open to hiring Rangnick, but his agent told the press: No, Ralf Rangnick is not available. We do not believe that what Ralf Rangnick brings is currently being sought after by Bayern. And that’s why it makes no sense to hold concrete talks.”

Bayern are also said to have been concerned by Rangnick's determination to take on responsibility for everything at the club. They want a compliant manager, but United may feel as though Rangnick's personality is better suited to a director role.