​Barcelona have intensified their pursuit of Bayer Leverkusen midfielder Kai Havertz, with the Catalan giants thought to be desperate to win the race for his signature.

The 20-year-old enjoyed an outstanding breakout season last year, scoring 20 goals from midfield to attract interest from some of Europe's biggest clubs. According to ​Sport, ​Barcelona have sent scouts to watch Havertz in almost every game this season, including Wednesday's 2-1 win over ​Atlético Madrid, and they have decided that the German will be one of their top targets.

La Blaugrana are aware that both ​Bayern Munich and ​Manchester United are keen on Havertz, who could cost upwards of €100m, so they have quickly expressed their interest with the midfielder's representatives, insisting that he would be a guaranteed starter at Camp Nou.

Leverkusen have accepted that they will be forced to sell Havertz at the end of the season, and Barcelona are ready to involve themselves in any bidding war to try and get their man. 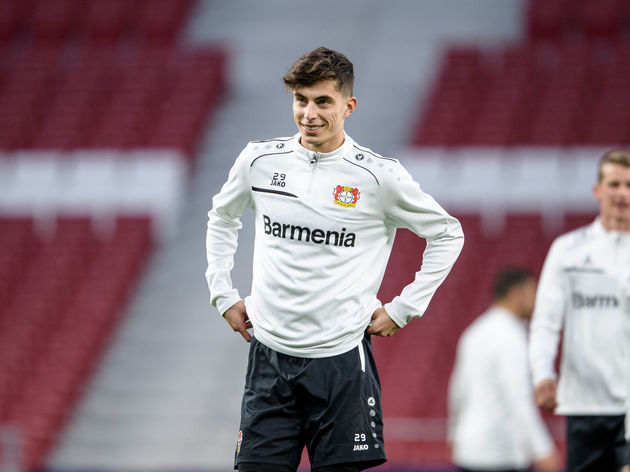 Signing Havertz would certainly make sense for Barcelona. While they currently have an excess of central midfielders, few of those have actually made a noteworthy impact this season.

There are doubts over the long-term futures of ​Arturo Vidal, ​Ivan Rakitić Ernesto Valverde's current midfield options have struggled to both score and create goals this season, so bringing in someone like Havertz, who has proven to be a real threat at the highest level, could be the answer.