​Struggling ​Spurs are in for a tough test as they welcome Chris Wilder's ​Sheffield United to the Tottenham Hotspur Stadium this weekend.

The away side find themselves sixth in the table after an incredible start to the season, easing fears of relegation before a ball had been kicked. Spurs already find themselves ten points off the Champions League places and will be desperate to avoid being sucked in to a mid-table scrap when they entertain the Blades on Saturday afternoon. The big news for the home side is that ​Son Heung-min will be available after his red card in ​Sunday's draw at Goodison Park, which led to the ​unfortunate and nasty injury to Andre Gomes, was rescinded on appeal. Danny Rose is also available after serving a one-match suspension.

Giovani Lo Celso could be in contention for his first Premier League start start after an impressive performance in the Champions League against Red Star Belgrade.

Club captain Hugo Lloris is expected to be ​out until January after dislocating his elbow at Brighton last month, while Erik Lamela and Jan Vertonghen remain sidelined.

John Egan is the only injury concern for Chris Wilder, but is expected to shake off a knock in time for the trip to London. 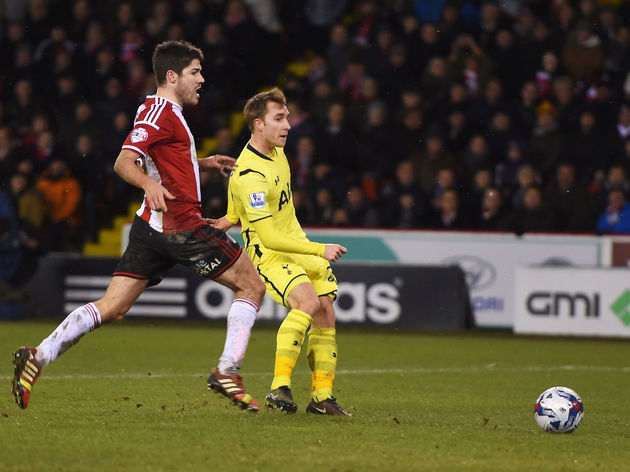 Of the 90 previous meetings between the teams, Spurs have won 36 times, there have been 26 draws and ​Sheffield United have won 28. Tottenham haven't won any of their last four league games, while the strong showings from Wilder's men have proved that they have well earned their sixth place in the league​.

A win in Belgrade on Wednesday might just be the tonic Spurs needed to get their season in gear, but Sheffield United won't prove to be pushovers.

Sheffield United's direct attacking threat has caused every team they have faced so far a problems, including the likes of Arsenal and Liverpool.

Tottenham very much need to return to winning ways and start to climb the table once again, but have recently looked lacklustre and low on confidence. The match could be tight.